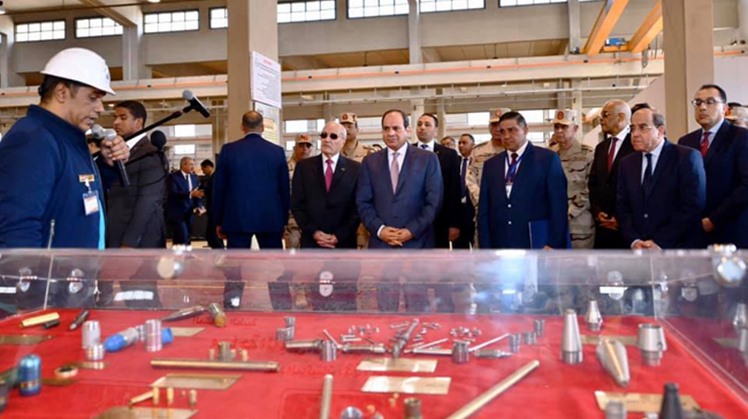 The president visited a number of production lines and talked with the engineers supervising the operations, Presidential Spokesman Bassam Rady said in a statement on Monday.

According to the statement, the president also inaugurated, via video conference, a number of new military production projects in other military factories including Factory 144 in Banha, Factory 270 in Qaha, and Factory 999 in Helwan.