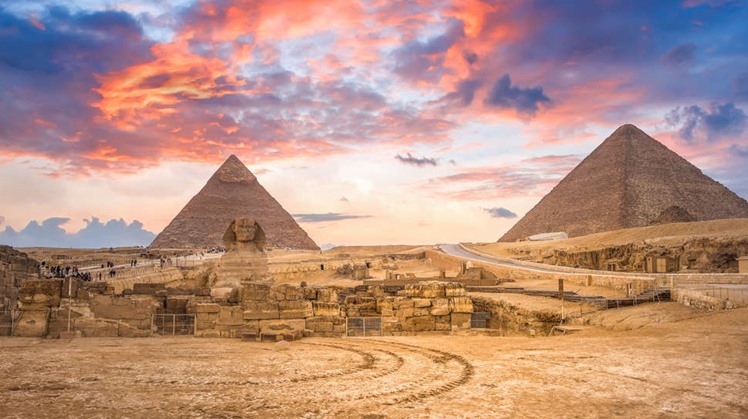 Tue, Dec. 3, 2019
The Ministry of Tourism is participating for the first time in the annual International Charity Bazaar, which is held at the United Nations Headquarters in Geneva, Switzerland. Next December, Egypt was chosen to head the bazaar this year.

The bazaar has a wide audience and more than 70 countries are participating, including Egypt.

For her part, Dr. Rania Al-Mashat pointed out the importance of the ministry's participation in this event within the framework of the ministry's interest in promoting Egypt in important international forums and events, as this bazaar is one of the most important events held at the United Nations every year. On the reformulation of relations with international institutions, one of the pillars of the structural reform program for the development of the tourism sector.

The Minister praised the bazaar to contribute to the financing of charitable projects and works of great human value and has an important and positive role in the development of societies, especially as they are directed to help children, pointing out that through these voluntary charitable initiatives This is consistent with the 17 United Nations Sustainable Development Goals adopted by the Ministry of Tourism in the tourism sector through the structural reform program for the development of the sector.

For her part, Mrs. Mheitab Marzouk, President of the Bazaar this year and the wife of the Permanent Representative of Egypt to the United Nations in Geneva, Ambassador Alaa Youssef, stressed the importance of this annual bazaar, which contributes through projects funded by alleviating the suffering of children around the world, explaining that it is the result of voluntary work and effort by United Nations Women's Association.

She pointed out that the participation of the Ministry of Tourism for the first time in the bazaar is a great opportunity to promote Egypt through this large event, which witnesses a large attendance of about 6000 people from various international organizations such as the United Nations, the International Labor Organization and other major international organizations, and all affiliated bodies. The United Nations, along with public figures and private sector representatives, are invited by the bazaar.

She also stated that the organizers of the event expressed their happiness with the distinguished award presented by the Egyptian Ministry of Tourism to the winners, as the world is fond of ancient Egyptian civilization and has a passion to visit Egypt.

The trip will include flights to and from Egypt, as well as transportation and accommodation inside Egypt. The west of Luxor includes the statue of Memnon, the Valley of the Kings and the Temple of Hatshepsut, as well as the Temple of Philae, the Nubian Museum and the "Unfinished Obelisk" in Aswan.

Dr. Rania Al-Mashat, Minister of Tourism, visited the Swiss city of Geneva in July to participate as one of the keynote speakers in the panel discussion entitled “International Financing for Tourism for Development to Achieve Agenda 2030”.