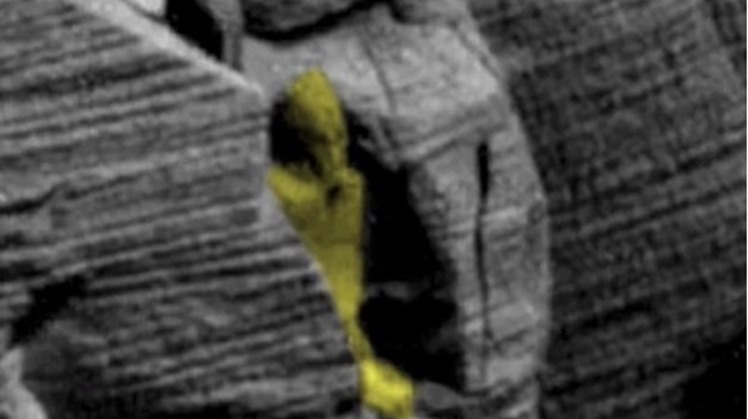 The overall shape of the "body" spotted by NASA is similar to the Pharaonic coffins. There are also many Pharaonic inscriptions on the sarcophagus where the inscriptions were identified by the use of advanced cameras.

This is not the first time an object is spotted on Mars that is believed to belong to the ancient Pharaonic civilization. Last year, the image taken by NASA's Rovers Corsetti attracted wide attention after astronomers said it revealed an ancient Egyptian statue.
scot waring
Scott believes his "discovery" proves the Ancient Egyptians came from Mars. Pictured is the sarcophagus of King Tutankhamen - thesun

The discovery of these alleged Pharaonic monuments on Mars has sparked debates about the nature of the ancient civilizations that once flourished on the Red Planet.

Many archaeologists and astronomers believe that the ancient Egyptians on Earth (Pharaohs) actually came from Mars, as this explains the presence of Egyptian monuments on the Red Planet.

Besides the sarcophagus, Waring has found what appeared as carvings of faces and unfinished statues. He strongly believes that the Martians left behind what he called “Alien Technology”.

"It appears to have eye, nose, chin and a very extended forehead, which may have occupied a more enhanced brain," said Waring

However, Waring's claims are not yet backed up by scientific evidence. Space scientists and astronomers have not found any traces or clues that there is or was life on Mars.