Will Tutankhamun's mask come out in a royal procession from the Tahrir Museum like the royal mummies? 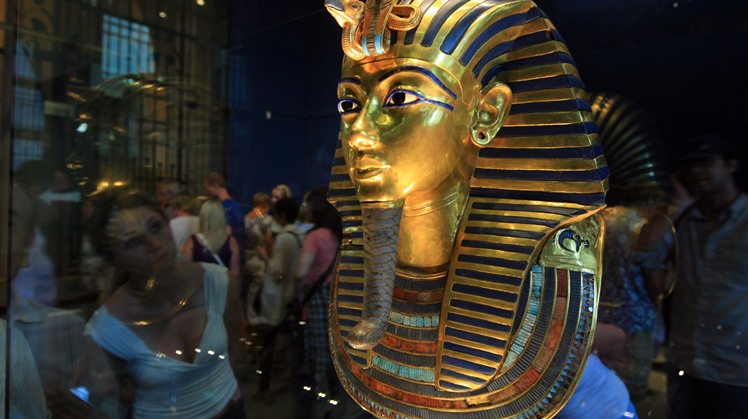 Thu, Apr. 8, 2021
The world is awaiting the launch of the parade of royal mummies, as the state succeeded in carrying out the procession in line with the history of ancient Egyptian civilization, and it has become the talk of international and local media since its launch last Sunday to this day about the transfer of mummies and the National Museum of Egyptian Civilization, and the world also awaits the opening of the Grand Museum As it will contain more than 50 thousand artifacts, including the collection of the golden king Tutankhamun, which is fully displayed for the first time, and during the coming days the golden king's mask will be transferred, so will we witness another procession as happened with the royal mummies?

Dr. Khaled Al-Anani, Minister of Tourism and Antiquities, had answered a question posed to him by "The Seventh Day", during one of the archaeological discoveries in Saqqara, about whether or not a convoy of Tutankhamun's mask had been implemented, saying, "The Grand Egyptian Museum will make a qualitative leap for Egyptian tourism at the time of its opening, as well as it. The artifacts displayed in the Egyptian Museum will be transferred to Tahrir, such as Tutankhamun's mask prior to the opening of the Grand Museum, so that visitors will not be lost until the museum opens, as it is one of the most important artifacts in the world. "

Dr. Khaled Al-Anani added that the transfer of King Tutankhamun's mask will be in a great celebration, and I imagine from now the scene of the mask being transported, in an armored car and the mask inside a glass box, and just as the royal mummies were transported, we will transfer the mask in a manner befitting the most famous artifact in the world.

And recently Dr. Khaled Al-Anani confirmed this through televised statements following the success of the royal mummies procession, saying: Currently thinking and preparation is underway to conduct a huge procession to transport the golden mask of Tutankhamun and his coffin to the Grand Egyptian Museum, pointing out that the world will be dazzled by the golden mask of King Tutankhamun, which is The most famous artifact in the world.