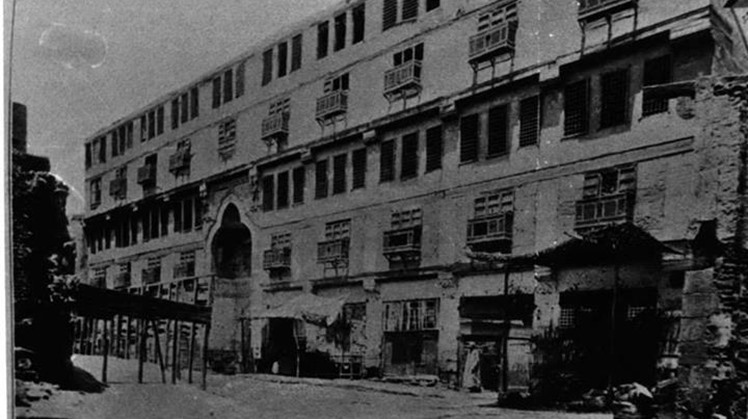 Sun, Oct. 25, 2020
The Ministry of Tourism and Antiquities, represented by the General Administration of Historic Cairo, is implementing the first project to re-employ the Qaitbay Archaeological area, which dates back to the Mamluk era (885 AH / 1481 AD). To become a heritage hotel of a special character, after the completion of the project of restoration and rehabilitation in cooperation with the Ministry of Housing and Urban Communities at a cost of approximately 100 million pounds .. During the following lines we explain some information about the historical agency:

Q / What distinguishes Qaitbay Agency?
A: The Qaitbay Agency has writings engraved in parts of the agency, including: “Oh God, grant victory to your servant, our servant, our Master, the Sultan, al-Malik al-Ashraf Abu al-Nasr, Qaytbay,” and also: “He ordered the establishment of this blessed place from the grace of God Almighty and his generosity, our master, our master and the owner of our necks, the Sultan, the owner, the king, Ashraf Abu Al-Nasr Qaytbay, Sultan of Islam and Muslims, the killer of the infidels and the polytheists, Mohi Al-Adl in the two worlds, the owner of the Egyptian homes and the Levantine countries, the Euphrates works, the Roman castles, the Ismaili fortresses, the Alexandrian outposts, the owner of the sword, pen, nobility and knowledge is better than ruling in his time by ruling the owner of the two Holy Mosques and Bahrain, the Custodian of the Two Holy Mosques.

Q / When was the Qaitbay Agency built and where is it located?
A: It was built by Sultan Qaytbay, and allocated it to accommodate merchants and travelers and to conduct business in the year 885 AH / 1481AD. It is currently located in Bab al-Nasr Street to the right of the interior to the city of Cairo via Bab al-Nasr, and the agency is inhabited by some of the people of Cairo, and large parts of it have disappeared. Architectural motifs.

Q / What is the architectural description of Qaitbay Agency?
A: The Qaitbay Agency is located in the Jamalia district on Bab al-Nasr Street and its hospitality, and it was a commercial warehouse that dates back to the Mamluk-Circassian era. The ground floor is for trade, and the two upper floors were used as residences and places of residence for merchants.

Q / What is the purpose of Sultan Qaytbay building the agency?
A: This agency was established for the purpose of spending from its proceeds on purchasing dashisha (ground grain) and distributing it to the poor in the Two Holy Mosques, and distributing it to the poor in Medina in the Hijaz, after Sultan Qaytbay saw their poor conditions when he went for Hajj in 884 AH / 1479 CE, and from here it was known. In the name of Dashisha Agency.

Q / Who is Sultan Qaytbay, founder of the Mamluk Agency?
A: Sultan Al-Malik Al-Ashraf Abu Al-Nasr Qaitbay, one of the rulers of the state of the Circassian Mamelukes, was a lover of architecture and arts, and showed great taste and luxury with his immortal effects that he left in Egypt and other Arab countries, and he assumed the throne in February 1468, and took over the rule of Egypt from one year ago. 872-901 AH / 1468-1497) and kept clinging to the traditions of affairs in the country for nearly 29 years.