Excavations are still underway to uncover more treasures of Al-Ghuraifah. 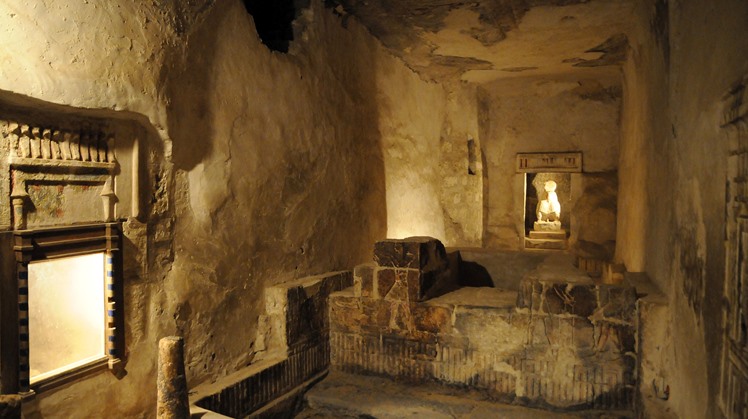 Sun, Oct. 18, 2020
The Egyptian archaeological mission in the antiquities area of Al-Ghuraifah in Tuna el-Gabal in Minya Governorate uncovered a group of amulets and scarabs of various shapes and sizes inside the coffin of Sitdjehuti Imhotep, the high priest of the deity Sitdjehuti from the 26th Dynasty.

The mission uncovered his coffin recently in a burial well.

During an examination of the coffin after its opening, a group of amulets were found, consisting of a scarab-heart, a winged scarab, an amulet in the form of the head of Hathor, and other amulets representing the four sons of Horus.

It also resulted in the discovery of another burial well, 10 meters deep. Inside it is a large burial chamber containing niches cut into the rock and lined with stone slabs.

The Egyptian mission will remove the panels to reveal the secrets behind them.

The discovered coffin is decorated with inscriptions representing the four children of Horus, in good preservation, next to a group of ushabti statues made of vines.

Excavations are still underway to uncover more treasures of Al-Ghuraifah.