Sakakiny Palace ... A tale of an architectural masterpiece on Egyptian land 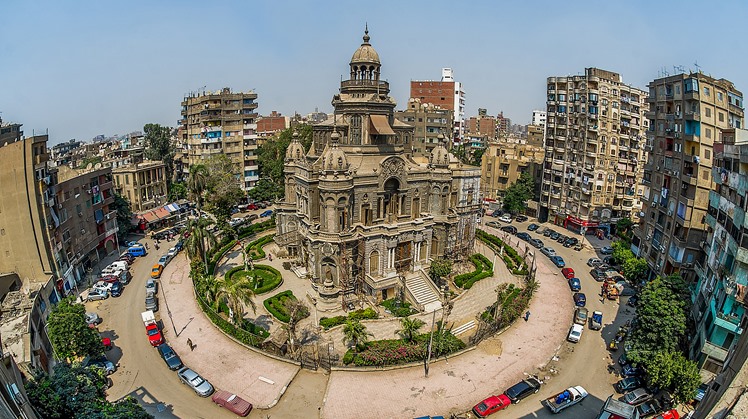 Tue, Aug. 18, 2020
In the Al-Daher district of the Cairo governorate, the oldest and most beautiful palaces of Egypt are located, the Sakakini Palace, which is an architectural masterpiece in the Italian style, which awaits its role in development and restoration, similar to the palace of Baron Empain in the Heliopolis neighborhood


The palace is no less magnificent than the Baron Palace, and it was built in 1897 AD by Habib Pasha Sakakini, and the vicinity of the palace was later known in the Sakakini neighborhood.

It has an area of ​​2,698 square meters and includes more than 50 rooms and reaches a height of five floors. The palace contains more than 400 windows and doors and 300 statues, including a bust of Habib Pasha Sakakini at the top of the main entrance to the palace. Although the garden surrounding the palace is not expanded, it helped isolate the palace somewhat Of modern buildings around it.


In 1923 Habib Pasha Sakakini passed away. His wealth was divided among the heirs who gave the palace to the government. One of Sakakini’s grandsons who was a doctor donated his share to the Ministry of Health.


In 1961, the Health Education Museum was transferred from Abdeen to the Sakakini Palace by order of the governor of Cairo, and currently the palace is awaiting its turn for development, as happened with Baron Amban's palace