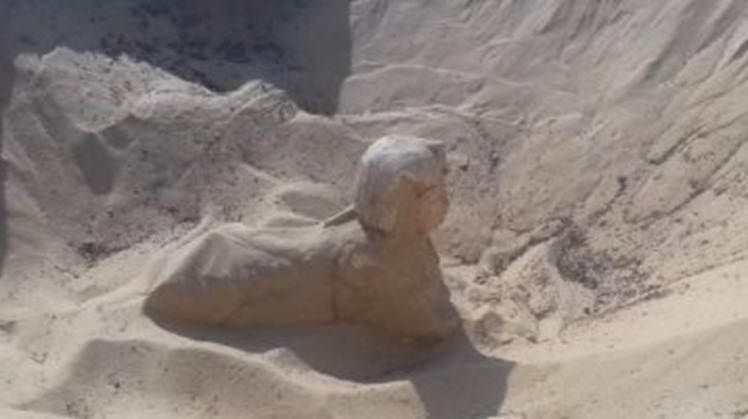 Sun, Jun. 28, 2020
Cairo University entrusted Dr. Sami Gabra with the commencement of excavations in the Tuna El-Gabal region in the Mallawi Center, south of Minya Governorate, and that was in 1931, and at this time a financial amount was approved with the approval of the Dean of Arabic Literature and the dean of the Faculty of Arts at the time, Dr. Taha Hussein, where it was approved to approve the amount of 500 pounds It was raised to 1500 pounds, it was raised to 2000 pounds, and then to 4000 pounds.

In the year 1938, the sum of 8000 pounds was raised, including the work of the Mission, which does not include restoration, and the construction works of the Coptic Museum in Cairo equally.

Faraj Al-Jahmi, Director of the Tourism Promotion Bureau in Mallawi, says that the excavation work started in 1931 and Dr. Gabra had it with him, along with 250 workers, including 20 workers from Qaft and Qurna from Qena, among them a few from Abnob and the rest of the workers from villages adjacent to the region raised the tuna mountain and the first works that used dicofil in the work Excavation, which is an iron cart driven by workers on a railway track similar to the smallest railway, which is the same vehicle used in mines and the length of its bars was 1 km. A century from 1931 to 1952, the year in which the mission ended its work due to the departure of Sami Jabra to the retirement age (pension). The mission's work resulted in the discovery of 100 funeral homes, the Isadora cemetery, the Roman leg and the catacombs.