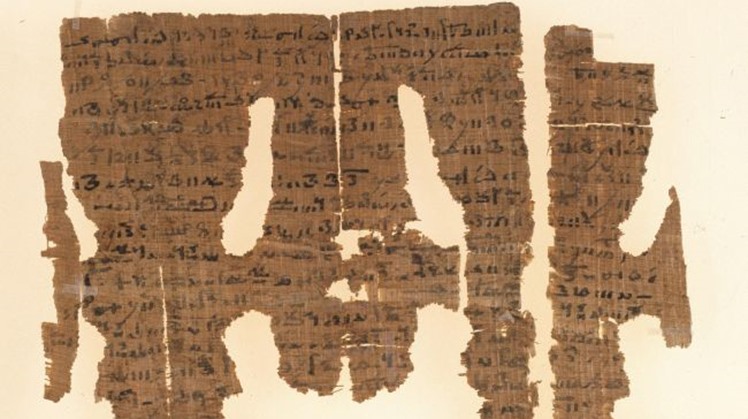 Sun, Apr. 5, 2020
Scientists deciphered an 1800-year-old Egyptian papyrus, describing it as an exciting talisman, which is now found at the University of Michigan, USA.

The papyrus revolves around a woman named "Tarumway" who wanted to attract a man named "Kefalas", and "the seventh day" had contacted Dr. Ahmed Badran, a professor of Egyptian antiquities at Cairo University, to find out more about the papyri that carry ancient talismans.

Ahmed Badran explained that Egypt possesses about 25 papyrus written about magic, which was of two types, "white and black".

Ahmed Badran pointed out that white magic is beneficial and was used to treat diseases and exorcise evil spirits. As for black magic, it is used to harm and differentiate between a man and his wife.