The 'Prince of Egypt' Play on The Dominian Theatre in London 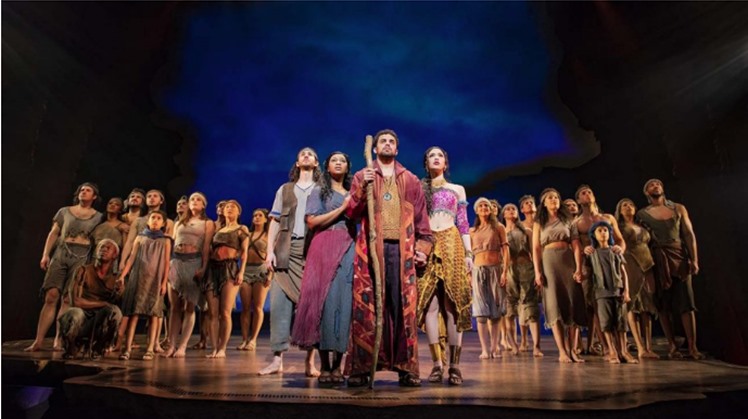 Thu, Feb. 27, 2020
A new stage musical based on the DreamWorks animated motion picture The Prince of Egypt is now open in the West End at the Dominion Theatre, with previews for this exciting new production beginning in February 2020.

The musical features music and lyrics by Stephen Schwartz, who write the songs of Wicked, with a book by the film's writer Philip LaZebnik, and will be directed by Scott Schwartz.

Featuring songs such as Whitney Houston and Mariah Carey's hit , plus "Deliver Us", "All I Ever Wanted" and "Through Heaven's Eyes", The Prince of Egypt is based on the book of Exodus and tells the story of Moses, who was born a child of Israel, and brought up in Egypt after he was found by Pharoah's wife in a wicker basket floating on the Nile.

The Prince of Egypt began at the Dominion Theatre on 5th February with an official opening night on 25th February. Tickets are on sale now.

The film, which was released in 1998, featured the voice acting of Val Kilmer, Ralph Fiennes, Sandra Bullock and Patrick Stewart. Casting for The Prince of Egypt stars Luke Brady as Moses, Liam Tamne as Ramses, Alexia Khadime as Miriam and Christine Allado as Tzipporah.

While the musical received a reading in London in early 2019, it has previously been staged in North America in 2017, with a run at TheatreWorks in California. The musical will feature 10 brand new songs, and will include "When You Believe".

The Prince of Egypt tickets are available now.