Egypt signs agreement with ITFC to finance importing petroleum products by $1.1B 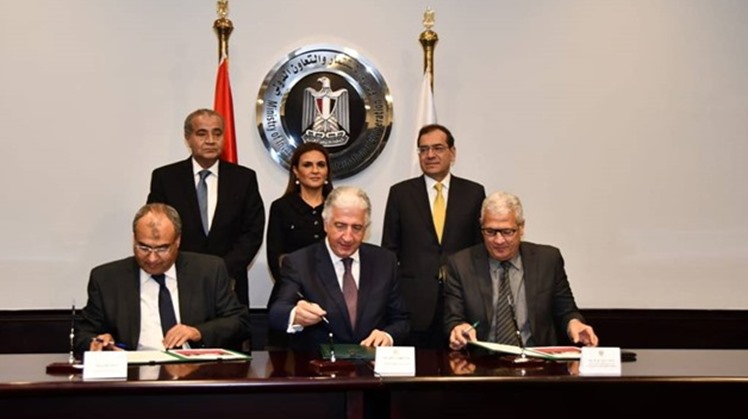 Wed, Dec. 4, 2019
CAIRO – 4 December 2019: Egypt signed a $1.1 billion agreement with the International Islamic Trade Finance Corporation (ITFC) to finance importing petroleum products and commodities for 2020, according to the Ministry of Petroleum.

The ministry added in a statement issued Wednesday that the agreement comes within the framework of the agreement worth $3 billion that was signed in January 2018 between the Ministry of Investment and International Cooperation and the International Islamic Trade Finance Corporation.

The signing was witnessed by Minister of Petroleum and Mineral Resources Tarek el-Molla, Minister of Investment and International Cooperation Sahar Nasr and Minister of Supply and Internal Trade Ali al-Moselhi.

Molla explained that the volume of financing provided by the corporation has significantly grown, adding that the areas of financing have expanded to include financing the import of petroleum and all petroleum products to meet the needs of the domestic market.

He stressed that Egypt's strategic partnership with ITFC represents an added value to the Egyptian economy and contributes to its ambitious program of economic reform and to achieving its objectives by providing the necessary financing to launch major development projects in all fields.

For her part, Minister Nasr said the agreement is a priority for the government to provide essential goods to 64 million citizens and serve them better.

Nasr added that the coordination efforts with the International Islamic Trade Finance Corporation focus on the supply of goods agreements besides oil agreements for the second year in row in light of the corporation's role in providing food security for citizens.

She stressed that the ministry's keenness to increase cooperation with the International Islamic Trade Finance Corporation aim to increase intra-trade and attract more investment to Egypt.

For his part, Minister Moselhi said that this agreement will contribute to securing the provision of foodstuff for citizens.