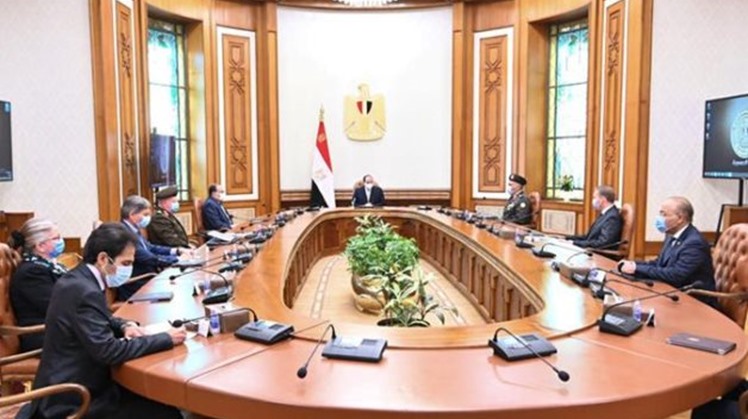 The president’s remarks came as he met with state officials on Saturday as well as the heads of Czech’s Sigma Group, Japan’s Torishima, Germany’s KSB Group and Hungary’s Ganz, the Presidency said in a statement.

“These efforts are made in cooperation with major international specialized companies with long-standing experience that have been operating in Egypt,” the Presidency added.

During the meeting, Sisi highlighted a broad scope in Egypt where these companies can carry out their activities. He also referred to the great investment and job opportunities provided by the mega development projects in Egypt.

These projects include the reclamation of agriculture lands and water transportation from sewage and water treatment plants, according to the president.