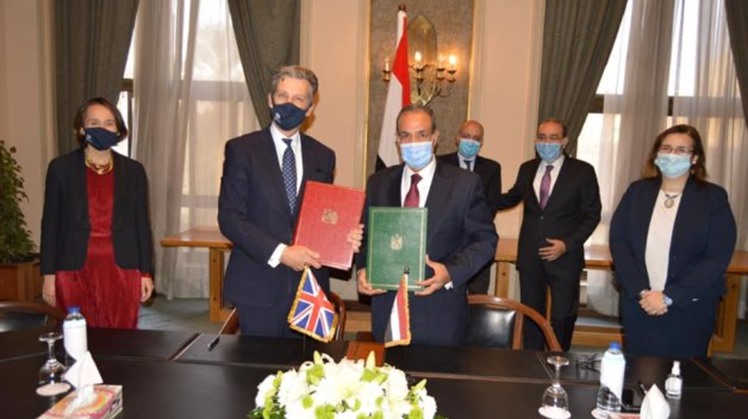 Sun, Dec. 6, 2020
CAIRO – 9 December 2020: Egypt and the United Kingdom on Saturday have signed an association agreement to establish partnership and secure free trade between the two countries, a statement by the Egyptian Foreign Ministry read.

The statement was signed in the headquarters of the Egyptian ministry.

The deal is expected to enter into force after the UK’s transition period to leave the European Union ends in January 2021. It sets the general framework for the relations between the two countries in various fields, and reflects the interest in strengthening all aspects of cooperation between them.

The deal represents an important framework to ensure the continuity of trade between Egypt and the UK, as it secures the same advantages that have been provided by the Egyptian-European agreement in this regard.

The new agreement will allow the two countries to practice the policy of free trade in terms of industrial products, most of the agricultural products, food products and fish, the ministry said.

It added that some agricultural products will only be exported in certain quantities set by the agreement.

The two sides have pledged, within the framework of the new agreement, to work together to achieve greater free trade in agricultural goods during the coming short period, the statement said.

They have also agreed on enhancing cooperation between customs authorities of the two countries, with the aim of halting practices that obstruct trade movement.

The agreement also ensures further flow of British expertise and technology to Egypt.