No terrorist attack attributed to ISIS or Al-Qaeda in Egypt since 2019: UN report 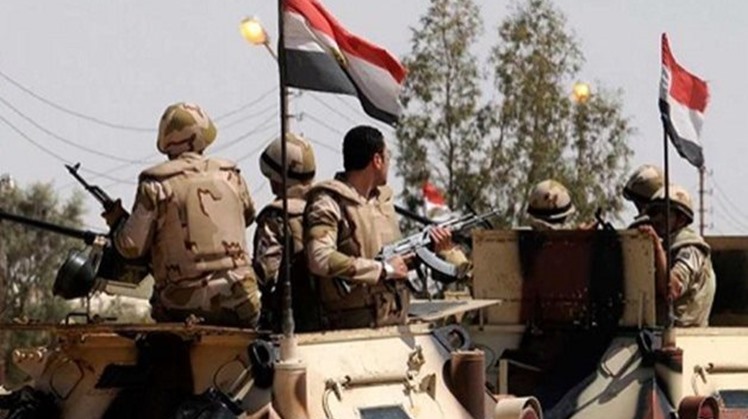 Thu, Feb. 10, 2022
CAIRO - 10 February 2022: A newly-issued UN report has praised Egypt's role in countering terrorism and extremism, especially in 2019, saying no terrorist attack has been attributed to ISIS or Al-Qaeda since 2019.

This came in a session for briefing on the UN Secretary-General’s 14th biannual strategic-level report on the threat posed by ISIS under the agenda item “threats to international peace and security caused by terrorist acts”.

Activities by militant groups declined in Egypt, according to the report issued by the UN on the threats posed by terrorist groups to peace and security.

The report, which was reviewed by the Under-Secretary General of the United Nations Counter-Terrorism Office Vladimir Voronkov, attributed this decline to the efforts exerted by Egypt in countering terrorism, that also resulted in increasing investments in infrastructure, transportation and housing in Sinai.

In August, the Egyptian Foreign Ministry launched the national report on combating terrorism for 2021 to review the state’s efforts and comprehensive approach to face the extremist ideology and terror.

According to a statement by the ministry, the report was prepared in coordination with the ministries and various state authorities concerned, in a way that is highlighting the efforts of these authorities in confronting terrorist threats and presenting the relevant national policies and practices.

In this regard, Minister Plenipotentiary Mohamed Fouad, director of the international counter-terrorism unit, stated that the report presents the achievements made at the national level in connection with the implementation of the comprehensive Egyptian approach to deal with the various dimensions of the terrorism phenomenon.

He added that the report touches on the legislative system to combat terrorism, including national legislation and its amendments that are consistent with Egypt's relevant international commitments.

The report deals with the security efforts made to pursue terrorist organizations and undermine their ability to carry out attacks that affect the security and stability of the country.

It also displays efforts to combat the financing of terrorism.

In this regard, Egypt has received great appreciation from the Middle East and North Africa Financial Action Task Force (MENAFATF) given the effective Egyptian systems implemented to combat money laundering and terrorism funding.

Also, the report also clarifies the efforts made to achieve sustainable development and raise the standard of citizens’ lives, taking into account the importance of the development dimension in preventing terrorism and extremism.

They also provided means of support and care for the families of victims of terrorist operations.

Egypt has given the issue of combating terrorism and extremist ideology a high priority on its foreign policy agenda, Fouad said, as it actively participates in formulating relevant international trends at the level of multilateral forums, particularly the United Nations, the African Union and the League of Arab States.

Egypt is also keen to address the various aspects of this issue in its contacts with various countries of the world through bilateral frameworks, Fouad said.

The country also continuously stresses the importance of adopting a comprehensive approach to combating and preventing terrorism and the need to confront all terrorist organizations without exception as they represent a common threat to international peace and security.

He stated that Egypt calls for strengthening coordination among the countries of the world to confront terrorism in its various dimensions in view of the growing terrorist threats from which no country is no longer safe.