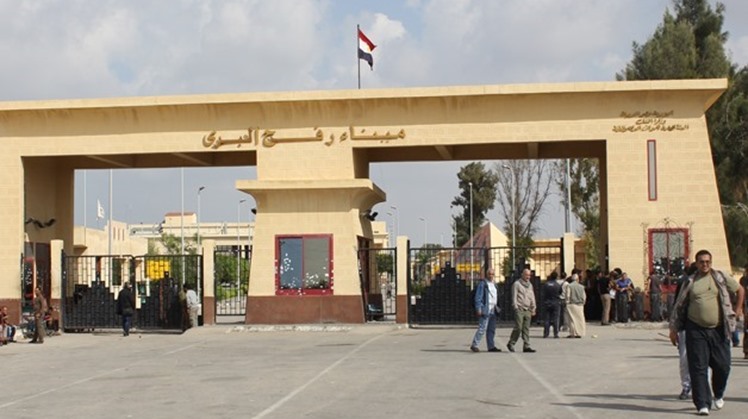 Rafah, the only crossing point between Egypt and Palestine's Gaza Strip, remains open today on both sides to allow entry of relief materials into the Gaza Strip for the reconstruction of the impoverished Palestinian enclave after the widespread destruction it witnessed due to an Israeli onslaught in May, according to official sources.

Medical and administrative teams are stationed for facilitating the passage of the injured and their escorts to hospitals for treatment, said sources at the crossing.

Egypt has exceptionally opened the crossing since May 16 to enable people stranded on both sides to cross and to deliver aid to Gaza residents.

The crossing has been opened according to directives of President Abdel Fattah El Sisi since May 16, 2021. This comes within the framework of the Egyptian efforts to alleviate the suffering of the Palestinian citizen in the strip, restore the normal life of people in Gaza and start the reconstruction process.