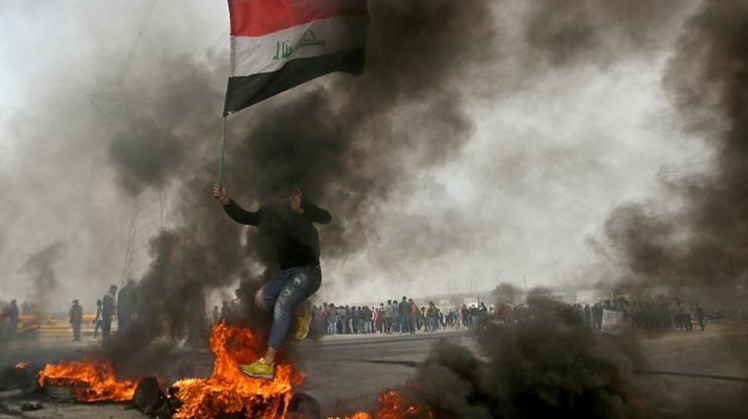 Mon, Apr. 26, 2021
AIRO - 25 April 2020: Egypt has offered deepest condolences to the families of victims of a fire at a hospital housing Covid-19 patients in Baghdad.

According to a statement issued by the Foriegn Ministry, it called for opening an immediate investigation into the blaze, which took place at Ibn Khatib hospital, left at least 41 people killed and injured.

The statement stressed that those who were negligent and responsible for the fire should be punished.

In the same context, Grand Sheikh of Al Azahr Ahmed el Tayyeb offered his heartfelt condolences to the Iraqi government and people over the victims of the massive fire.


The hospital was treating patients infected with coronavirus.

In a statement, Tayyeb expressed full solidarity with brotherly Iraqis, wishing a speedy recovery to all wounded.

Earlier on Sunday, Iraqi Prime Minister Mustafa Al-Kadhimi has directed to open an urgent and immediate investigation into the fire to find out the causes of the incident.

Kadhimi also directed to spare no efforts to treat the fire’s victims and provide them with all necessary help.