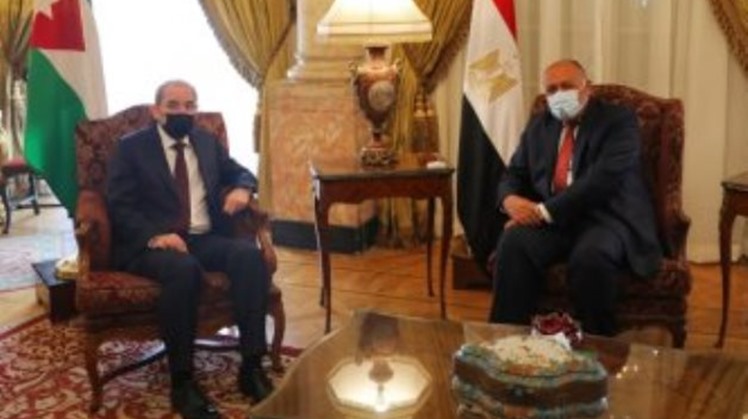 The meeting is aimed for affirming the fundamentals of the Arab stance on the Palestinian Cause, and displaying ways of creating a suitable political environment for the resumption of serious Palestinian-Israeli negotiations.

The assembly comes upon a joint Egyptian-Jordanian initiative as both countries have been holding a series of meetings on the Palestinian Cause within a quartet with Germany and France, and within trilateral coordination with Palestine.

The Egyptian and Jordanian foreign ministers congrued on the necessity of terminating foreign interference in Arab states’ internal affairs, prioritizing political solutions for all regional crises, and pushing forward establishing security and stability in the region.

Minister Shokry is also holding a trilateral meeting with his Jordanian and Iraqi counterparts in Cairo on Monday.