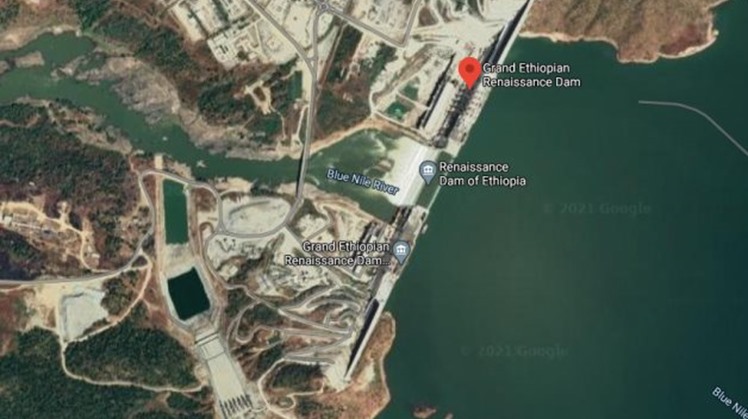 Sun, Jul. 24, 2022
AIRO – 23 July 2022: The US Department of States announced on Saturday that US Special Envoy for the Horn of Africa (SEHOA) Mike Hammer will travel to Egypt, the United Arab Emirates, and Ethiopia July 24-August 1, to discuss the US support for a diplomatic solution to the issues related to the Grand Ethiopian Renaissance Dam.

The visit aims at achieving the interests of all parties and contributing to a more peaceful and prosperous region, the statement said, adding “In Addis Ababa, Ambassador Hammer will also consult with the African Union, under whose auspices GERD talks occur.”

“The two leaders reiterated the imperative of concluding an agreement on the filling and operation of the GERD without further delay as stipulated in the Statement of the President of the United Nations Security Council dated September 15, 2021, and in accordance with international law,” the White House said in a statement.

Also, all leaders of the regional Jeddah Summit, which include the leaders of the Gulf Cooperation Council, Egypt, Iraq, Jordan and the US affirmed their support for Egypt’s water security as it was announced in the summit declaration on July 16.

“Regarding the Grand Ethiopian Renaissance Dam (GERD), the leaders reiterated their support for Egypt's water security and to forging a diplomatic resolution that would achieve the interests of all parties and contribute to a more peaceful and prosperous region. The leaders reiterated the imperative of concluding an agreement on the filling and operation of the GERD within a reasonable timeframe as stipulated in the Statement of the President of the United Nations Security Council dated September 15, 2021, and consistent with international law,” the declaration read.

In his speech after being awarded an Honorary degree from Belgrade University, President Sisi said that Egypt believes in the unity of the Nile Basin countries. “We sought to reach a common vision with Sudan and Ethiopia regarding the issue of the Grand Ethiopian Renaissance Dam, and reach a legal, binding and comprehensive agreement over filling and operating the dam,” said President Sisi on Thursday.

The dispute between Egypt, Sudan, and Ethiopia dates back to May 2011 when Ethiopia started building the dam; Egypt voiced concern over its water share [55.5 billion cubic meters].

Constructions in the Grand Renaissance Dam started on April 2, 2011 at a cost of $4.8 billion. It was built by the Italian construction and engineering company Salini Impergilo. The dam is located on the Blue Nile with a planned reservoir capacity of 74 billion cubic meters, and was expected to generate up to 6,000 megawatts of power.

However, it is estimated to generate only 3,000 megawatts, as the number of turbines to be installed has been reduced to 13 turbines down from 16.

On January 13, Ethiopia declared it would begin removing 17,000 hectares of forests in February, which would take 60 days, to be able to conduct the third filling of the dam without reaching a final binding agreement with the downstream countries [Egypt and Sudan].