US committed to support partnership with Egypt to maintain cultural heritage: Amb. 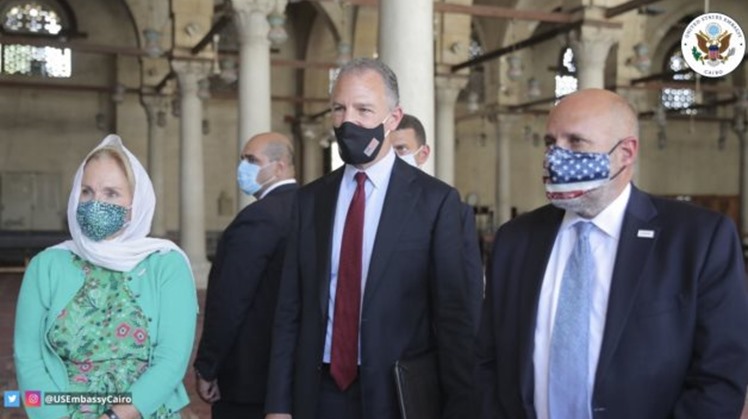 Mon, Aug. 30, 2021
CAIRO - 29 August 2020: US Ambassador in Cairo Jonathan Cohen asserted on Saturday the continued support for the partnership between the US and Egypt to preserve the cultural heritage and promote tourism and economic development.


Cohen was speaking during his visit to Sohag governorate, Upper Egypt, where he met with Governor Tarek Mohamed el Feki and visited the Red and White Monasteries and Temple of Seti I in Abydos, the US Embassy in Cairo said in a statement.

Cohen admired the restoration work of the iconic Red Monastery by the American Research Center in Egypt - (ARCE), supported by USG through USAID in Egypt at a cost of $3.6 million.

The Red Monastery contains the only complete pre-medieval paintings surviving in Egypt.

The embassy clarified that ARCE offered over one million dollars to rehabilitate monasteries in Sohag since its establishment in 1996.

The US Ambassadors Fund for Cultural Preservation (AFCP) also rehabilitated the Osiris Temple in Abydos at a cost of $88,500, the embassy noted, adding the US government invested about $800,000 in Abydos since 2004.

The ambassador pointed out that his country offered $102 million over 25 years to rehabilitate and protect more than 85 cultural sites across Egypt.