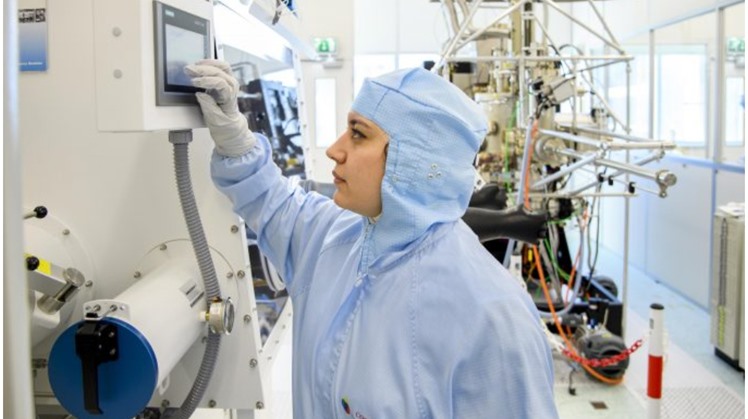 Tue, Dec. 29, 2020
CAIRO – 29 December 2020: The US Embassy in Cairo congratulated on Monday Egyptian scientist Elham Fadaly for wining the Physics World 2020 Breakthrough of the Year.

Fdaly and her team won this award for creating a silicon-based material with a direct band gap to emit light that will be used for transferring communication data, the Physics World magazine announced on December 17, 2020.

Congratulations to Elham Fadaly, the Egyptian scientist who won Physics World 2020 Breakthrough of the Year. Fadaly went on the (LEAD) Program, funded by USAID to study a Bachelor of Science in Electronics Engineering at AUC. We wish Elham continued success. #سيدات_مصر pic.twitter.com/IYFPCz5TEW

The team described the silicon-based material is “the Holy Grail of the optoelectronics,” the magazine said.

“The research is based on studying how to emit light from the silicon-based material which is used to form electronic chips, in a way that speeds up the process of transmitting data with the speed of light,” she told “90 P.M.” talk show on Channel 1 on Friday.

Her team’s research was published in April 2020 in Nature magazine. “We demonstrate that, by controlling the composition of the hexagonal SiGe alloy, the emission wavelength can be continuously tuned over a broad range, while preserving the direct bandgap. Our experimental findings are in excellent quantitative agreement with ab initio theory. Hexagonal SiGe embodies an ideal material system in which to combine electronic and optoelectronic functionalities on a single chip, opening the way towards integrated device concepts and information-processing technologies,” the research abstract said.