Egypt and South Sudan: The Partnership of Stability and Development 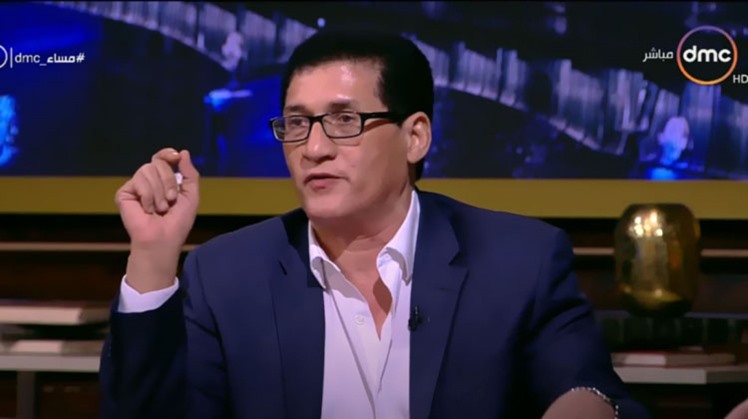 Mon, Mar. 7, 2022
CAIRO, 7 March 2022: the aftermath of the major events that the Arab region experienced at the beginning of 2011, many analysts believed that the Palestinian issue had declined in importance on the regional and international agendas, and that Egypt, which was, and still is, the main player in maintaining the balance between restoring stability and achieving a just settlement for the Palestinian cause, has lost its pivotal role in this issue.

However, the following few years, especially since President Abdel-Fattah El-Sisi took over the leadership of the country in 2014, proved that these assessments were flawed.

In fact, the Egyptian role did not decline and remained effective even during the period of turmoil that Egypt witnessed until 2013 before President El-Sisi assumed the presidency in 2014.

These assessments were put to a most important test during the war between Israel and Hamas in October of 2012.

The terrorist Brotherhood organization, which was ruling the country at the time, attempted to give Qatar and Turkey a major role in achieving calm between Israel and Hamas at the expense of the Egyptian role.

However, the Brotherhood's attempt failed for two fundamental reasons. First, the insistence of the leadership of the Egyptian Armed Forces and the Egyptian General Intelligence Service on protecting the Egyptian role in the Palestinian issue.

This insistence was not only due to the historical depth of the Egyptian role - in its security, humanitarian and civilizational dimensions - towards the Palestinian people, but also to protect the Palestinian cause from being lost at the hands of parties that were only concerned with achieving their own interests at the expense of the Palestinians.

The second reason is that the long Egyptian experiences in facilitating dialogue between Palestinians and Israelis outweighed the aspirations of the parties that were seeking to undermine Palestinian rights and the Egyptian role alike.

Egypt succeeded in restoring the truce between Israel and the Palestinians, proving that there is no alternative to the Egyptian role, even during the darkest moments that Egypt experienced in the modern era.

In less than three months after President El-Sisi assumed power in 2014 another long war erupted between Israel and Hamas.

Despite what Egypt was suffering at that moment from the questioning of the legitimacy of the June 2013 Revolution and measures to isolate the country internationally and regionally, Cairo, nonetheless, returned to play its natural and unique in protecting the Palestinian people by mediating to end the fighting.

Indeed, Egypt succeeded with distinction in protecting the Palestinian people, despite the attempts by Qatar and Turkey for a second time to bypass the Egyptian role.
And during the period following the restoration of the truce, Egypt did not hesitate to open the border crossings with the Gaza Strip in order to alleviate the suffering of the Palestinians, despite the intensification of terrorist operations in Sinai, and despite strong indications that some Palestinian factions in Gaza were providing military and financial support to terrorist groups inside Sinai.

Cairo proved once again through these policies that it is the strongest supporter of the Palestinian people, refusing to punish the people for the hostile policy that some Palestinian factions adopted by against Egypt.

Even during the period when the Egyptian leadership was most preoccupied with fighting terrorism in Sinai, President El-Sisi surprised the whole world by launching in May 2016 his initiative to put the Palestinian issue back on the international agenda.
The president worked to promote his initiative, which he announced during a visit to Upper Egypt, on two axes.

On the first axis, the president called on the Palestinian leaders to come to Cairo and start dialogues aimed at achieving reconciliation between Hamas and the Palestinian Authority, based on the understanding that it is difficult to convince the major powers, especially the United States, to work on resuming peace negotiations between Israel and the Palestinians without Palestinian unity.

On the second axis, the president worked on the regional and international arenas to create greater momentum to launch the peace process.

During that time, while the Hamas and Fatah movements welcomed El-Sisi's initiative, Israel, which was forced to support the initiative in a formalistic way, actually worked against it, as did Turkey, Qatar and Iran.

These parties that worked against the initiative realize that reaching a just peace between Israel and the Palestinians under Egyptian and international sponsorship threatens all of their interests, which are in essence opposed to ending the Palestinian-Israeli conflict.

When President Donald Trump took office in the White House in the same year, Egypt supported the statements he made - both during his election campaign and after he won the elections - in which he promised to launch what he called the "Deal of the Century” to end the Palestinian-Israeli conflict.

Despite Egypt's need for its strategic relationship with the United States during this difficult period - when President El-Sisi was preoccupied with developing the training and arming capabilities of the Egyptian Armed Forces and the country needed to modernize its arms arsenal with modern American weapons and others from diverse sources - the president did not make any concessions on the Palestinian issue or on Egypt's long-standing stance on it.

The Egyptian stance on the Palestinian issue has always consistently centred on the two-state solution and the Palestinians’ right to establish their state on the borders of 4 June, 1967 as the way to resolve the Israeli-Palestinian conflict.

Egypt refused to pressure the Palestinians to accept the "Deal of the Century" after the extent of its unfairness to Palestinian rights became clear, despite the fact that Egypt was during that time in dire need of an American role in resolving the dispute on The Grand Ethiopian Renaissance, which threatens the country's water security.

In the years since 2017, Egypt has not stopped hosting various rounds of the Palestinian reconciliation dialogue. It provided support to the Palestinian people in Gaza to alleviate hardships in the strip such as shortages in necessary goods and fuel, and also provided medical services for critical cases inside the strip and in Egyptian hospitals.

The multi-faceted role that Cairo played in resolving the crisis that resulted from the outbreak of confrontations again between Hamas and Israel in May of 2017 can be considered one of the strongest expressions of Egypt’s ability to serve the Palestinian people.

Egypt exerted tremendous diplomatic efforts to rally support for a halt to the fighting, and to allow economic and medical aid to enter the Gaza Strip.

Shortly following Egypt's success in restoring the calm, President El-Sisi launched his initiative to provide $500 million in aid to the Gaza Strip in the form of sending Egyptian construction companies to rebuild the Palestinian cities that were destroyed by the war.

It is worth noting that President El-Sisi has integrated in his policy towards the Palestinian cause all of the dimensions and perspectives that have defined the Egyptian approach to this cause since the era of President Gamal Abdel-Nasser, who viewed the Palestinian cause as the core of the Arab nationalist idea, and the benchmark for commitment to the collective security of the Arab world.

Moreover, President El-Sisi has also integrated in his policy toward the Palestinian cause the policies of President Anwar El-Sadat Sadat, who insisted on negotiating to achieve the Palestinian rights at the Camp David Conference in 1978, based on his conviction that the essence of peace lies in the restoration of the legitimate rights of the Palestinian people.

The same conviction informed the Egyptian policy toward the Palestinian cause during the era of President Hosni Mubarak, who linked Egypt's contribution to creating stability in the region and combating terrorism with solving the Palestinian issue.

Indeed, President El-Sisi has preserved all these long-standing elements and dimensions that informed the Egyptian policy toward the Palestinian cause: the Arab nationalist dimension; Arab collective security; and combating terrorism and achieving stability.

He has incorporated all these elements and dimensions together to formulate an integrated policy, which can be considered now as the crown jewel of the Egyptian role and policy towards the Palestinian cause throughout its history.