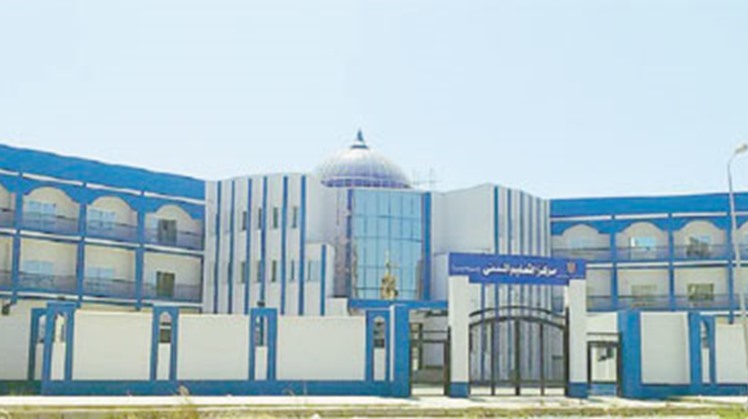 Tue, Dec. 3, 2019
CAIRO - 3 December 2019: President Abdel Fatah al-Sisi inaugurated on Tuesday a number of projects in Damietta, including the Furniture Industrial City, a multi-purpose zone in Damietta Port, a number of residential units, an education center, and the first five star hotel in Delta.

Damietta Furniture City stretches over 331 feddans, and houses 1,500 workshops whose size varies between 50 and 150 square meters, 150 large and complementary factories, 54 hangers, a research center that prepares marketing studies and tests furniture before exportation, and a shopping mall.

The ownership of the company that runs the mall will be held by Damietta for Furniture Co. (49%) and Military Production Company for Projects, Engineering Consulting, and General Supplies. All utilities have been introduced in the city that has been connected to other vital areas in the governorate.

Damietta for Furniture Co. is expected to offer the fifth phase of the city encompassing 250 workshops at LE6,950 per square meter. Contracts of 500 workshops were signed while only 375 have started work as the rest are finalizing procedures with banks funding their projects. Over the past four offerings, 1,200 applications have been sold.

Shata Transformers Station was built to feed Damietta Furniture City and Shata district with a capacity of 75 * 2 megavolts ampere and a cost of LE427.3 million.

The multi-purpose zone has cost LE1.4 billion and was constructed under the supervision of the Armed Forces Engineering Authority. It consists of quays extending over 630 meters and having a depth of 17 meters. The size of the yards is 50,000 square meters, and the capacity of the zone is around four million annually. The zone consists of firefighting pumps, drainage channels, OPS units that can supply ships with electricity, disposal for wastewater and ships waste oil, and PSVs.

The second phase of Dar Misr Project stretches over 30 feddans and encompasses 65 residential buildings having a total of 1,560 residential units, a market, and a mosque. The size of units varies between 100 and 150 square meters.

Second Western Damietta Power Plant was upgraded introducing Air Cooled Condenser systems, and switching to the combined-cycle system to increase its capacity by 50 percent to become 750 MW and save 35 percent of gas used.

The Civil Education Center is aimed at hosting conferences, lectures, and training sessions targeted at youth. It stretches over 3,775 square meters, and houses 48 boarding rooms, an artificial-turf field, four halls with a capacity of 30 individuals each, a computer lab, restaurant, and an auditorium having a capacity of 200
individuals.

The cost of El Lessan Hotel construction is LE430 million and is currently run by Steigenberger. The hotel has five floors, 142 rooms, 16 suites, four halls and meeting rooms, a SPA, a beach, two swimming pools, restaurants, and cafeterias. The hotel stretches over 4,200 square meters and has a built-up area of 1,680 square meters. The hotel has a restaurant in the last fifth floor and a suite viewing both the Nile River and the Mediterrenean as well as a multi-purpose hall having a capacity of 700 individuals.

The expansion of Ras El Bar Wastewater Treatment Plant having a daily capacity of 50-75 square meters has cost LE220 million. It is planned to serve the dwellers of Ras Al Bar, Al Senaneya, and Eastern Damietta Port district.

Governor of Damietta Manal Awad stated that LE91 billion have been invested in the governorate since 2014 until present. Projects worth LE78 billion were accomplished while others having a value of LE13 billion are underway.

The governorate executed 29 projects in the health sector and 17 roads and bridges. The value of the former is LE833 million, and that of the latter is LE513 million. The coverage of wastewater network is 76 percent and is planned to become 85 percent by the end of 2020. All slums in the governorate will be eliminated from the governorate by the end of 2019 as dwellers are granted units in housing projects.