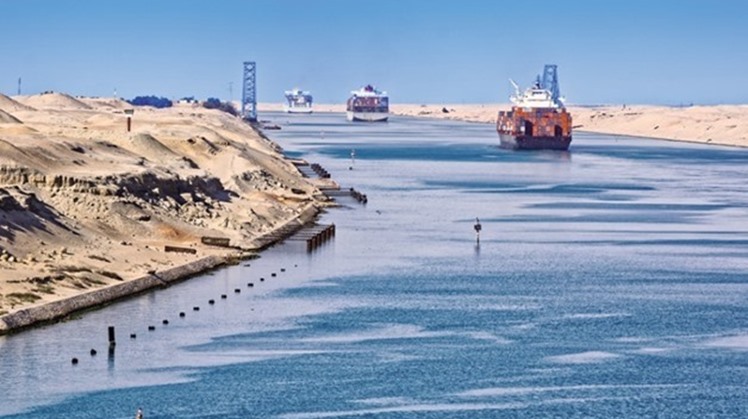 At a press conference, he added that new development projects and upgrading of the canal helped improve its performance and achieve these revenues, according to state news agency MENA.

Also, the New Suez Canal contributed to increasing the revenues of the waterway, he said, adding that the canal's revenues in FY 2015-16 reached EGP 41 billion while in FY 2016-17 they stood at EGP 73 billion.

Head of the Suez Canal Authority Mohab Mamish added at his press conference that the canal achieved a record in this month when 81 vessels passed through it at a total cargo of 6.1 million tons in one day.

He asserted that President Abdel Fattah El Sisi is supporting the development process of the canal, thanking the Egyptian people for financing the establishment of the New Suez Canal.

The canal was able over the past four years to receive the largest containers in the world, he pointed out.

Head of the Suez Canal Authority Mohab Mamish said in his press conference that the goal of setting up the New Suez Canal is coping up with the growing world trade movement.

The time of passage through the canal went down to 11 hours, he said, adding that it was 22 hours before setting up the new canal.

He added that the Suez Canal is the major maritime shipping route for the world trade movement and a key element in achieving the national development goals in Egypt.

The revenues of the New Suez Canal in FY 2018-19 reached 5.9 billion dollars at an increase of 300 million dollars compared to the previous year, he added.