Sisi: Egypt has positive role regarding what is happening in Gaza 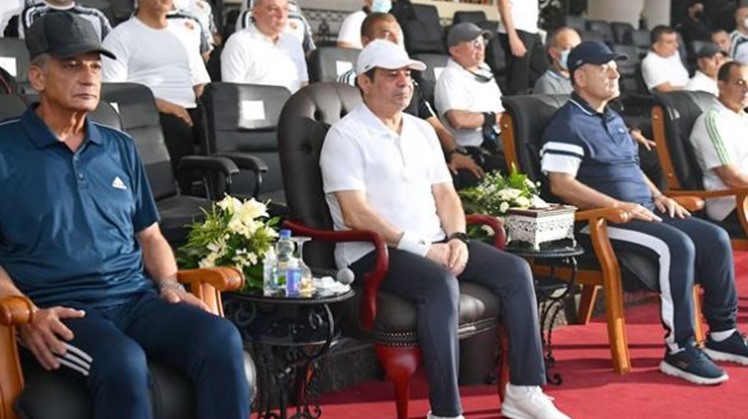 Sun, Aug. 7, 2022
CAIRO – 7 August 2022: Egypt has a positive role regarding what is happening in Gaza by conducting contacts with the Palestinian and Israeli sides, said President Abdel Fattah El Sisi in his speech during an inspection tour of the Military on Saturday.

At least 10 Palestinians were killed, including a 5-year-old girl, and up to 70 others wounded on Friday in a series of Israeli airstrikes targeting several areas across the Gaza Strip. Israeli warplanes attacked an apartment in the Palestine Tower building in Al-Rimal neighborhood, killing Taysir Mohammad Jaabari and wounding many others, WAFA news agency reported.

“We took the diplomatic way when it comes to the Renaissance Dam and negotiation to reach a solution to it,” said the President.

The state took the advantage of every drop of water through certain programs like the water tertiary treatment plants of for agricultural wastewater Al-Mahsama and Bahr Al-Baqar.

The President tackled efforts of the Egyptian state in the social protection projects related to the Decent Life Project. President El-Sisi referred to the importance of awareness and directing societal thought to protect Egyptian national security.

On the Presidential initiative of the “Decent Life,” Sisi said that the country is doing to provide confrontable conditions, adding that the state is doing its governance regarding the requirements of the petroleum derivatives that have increased in value.

The president added that the government has been working on food security, saying “We have reserves of wheat, rice, sugar and oil that suffice us for a long time, and we are keen to preserve this mass. That is why when the crisis that began in March happened, they [people] found that their needs met.”

President Sisi noted that the Egyptian economic growth has witnessed a great increase that reached 5.5 percent and it was projected to rise up to 6 percent but the Coronavirus pandemic and the Russian-Ukrainian conflict affected the state’s growth.

“The inspection tour comes within the framework of President El-Sisi’s keenness to follow-up on the various physical and skill preparations as well as training programs for students of military colleges and institutes,” said Presidential Spokesperson Bassam Rady in a statement.

President El-Sisi congratulated the graduating students for completing their military studies and joining the Armed Forces as a new generation full of hope and patriotism. The President reviewed the executive position of the work of the Military Academy, and the proposal of the new uniform for students of the Academy.