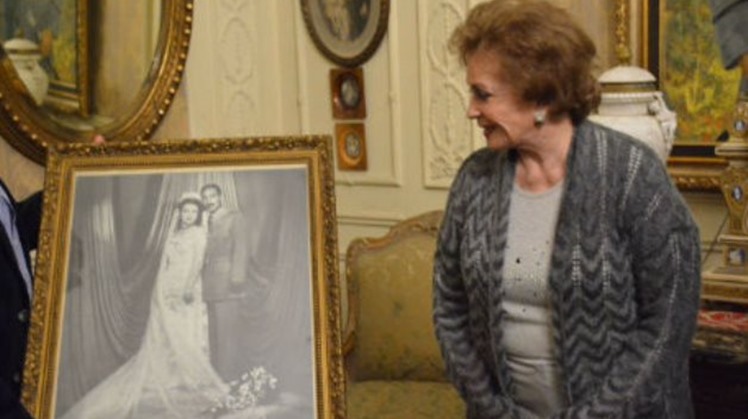 
The beloved former first lady was given by the public the title "Mother of Heroes" for her volunteer work during the 6th of October 1973 War as she contributed in treating injured soldiers at hospitals.


Sadat was born on August 29, 1933 to Egyptian surgeon Safwat Raouf and English music teacher Gladys Cotteril. In 1949, she got married to late President Anwar al-Sadat, who was older than her by 15 years. At the time, he was a divorced man with three daughters, who were living with their mother in Menoufia governorate, his birthplace.


Together, they had three daughters and a son, who are Lobna, Noha, Jihane, and Gamal.


Anwar al-Sadat himself was called the Hero of War and Peace for winning the war that restored 15 kilometers of the then Israeli-occupied Sinai pushing Israel to sign the 1979 Peace Treaty that resulted in the liberation of the entire peninsula, except for Taba that was recovered through international arbitration.


As a result, he became a Nobel Peace Prize laureate. Yet, the treaty also incurred his assassination by Islamists in 1981.


Five years later, the former first lady earned a Ph.D in comparative literature from Cairo University, from which she got a master's in the same specialization in 1980, and a Bachelor's in Arabic Literature in 1977.


Two weeks ago news came in that Jihane al-Sadat was admitted to hospital without her children officially disclosing the reason. But, a relative of her late husband told press she was battling cancer.