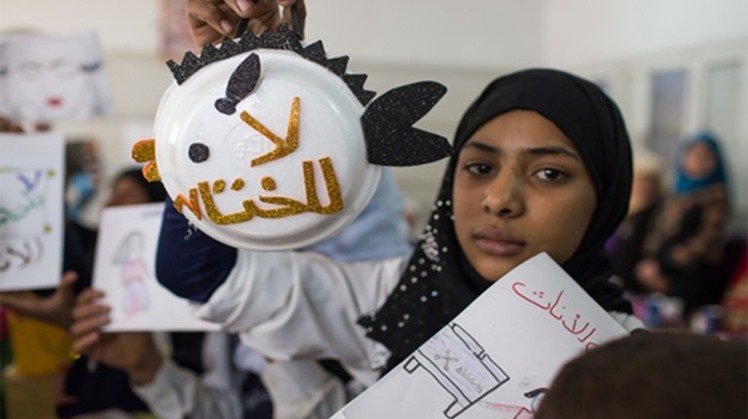 Wed, Apr. 7, 2021
CAIRO - 7 April 2020: The United Nations in Egypt congratulated, on Tuesday, all women and girls, their families and communities on the Cabinet of Ministers’ unprecedented measures and endorsed by the Parliament of Egypt to end Female Genital Mutilation (FGM).

It is a historic moment as Egypt continues to deepen its legislation to prevent FGM, ensuring this includes legal clauses which will have serious implications on those who perform or promote FGM. The enforcement of the new amendments will address FGM medicalization, as doctors and other medical professionals involved in FGM shall be banned from practicing their profession for up to five years.

FGM is prevalent in Egypt with regional disparities. It occurs in many parts of the country، especially in rural areas, which puts many women and girls at risk. We are confident that the new amendments will lead to eradicating this severely harmful practice.

The UN family in Egypt is proud of its partnership with the National Committee for the Eradication of FGM in Egypt in their fight to end FGM. Accelerating steps to eradicate FGM requires the continuation of collective and coordinated work in strengthening national systems to respond to cases of girls at risk/survivors while ensuring the engagement and voice of all actors: girls and boys, adolescents, women, men, teachers, parents, community and religious leaders, service providers and advocates to bring about social transformation and to reinforce the implementation of legislation.

Ms. Elena Panova, the United Nations Resident Coordinator in Egypt commented “it is a proud moment to see, under the leadership of H.E. President Abdel Fattah El-Sisi, the growing number of leaders, parliamentarians and community supporters who fought to ensure the needed legislative measures to prevent and respond to FGM became a reality. We, at the UN, look forward to partnering with the country in ending FGM and advancing women’s and girls’ rights in many socio-economic fronts”.