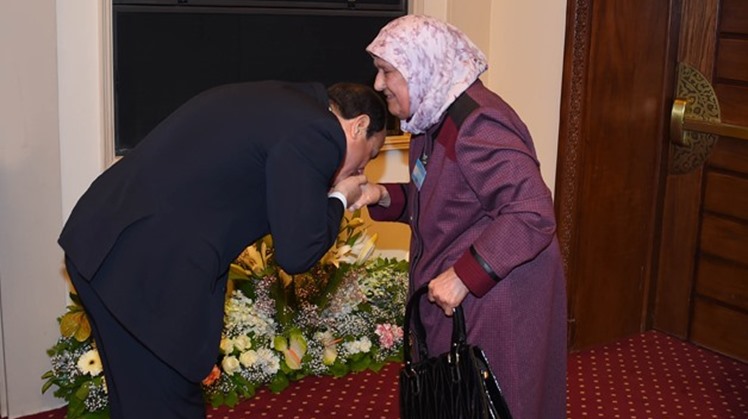 CAIRO – 8 April 2019: “Egypt’s President Abdel Fatah al-Sisi is keen on solving women's problems and boosting their position in society, and Egypt witnessed a real revolution in supporting women,” the chief of the Arab Organization for Human Rights (AOHR) said on Monday, April 8.

On the sidelines of the National Council for Human Rights and the Arab Organization for Human Rights’ meetings on penal legislation, the chief of AOHR asserted that Egypt achieved a huge legislative revolution in protecting women against all kinds of violence and backing them to get their inheritance.

“Thanks to President Sisi’s efforts, women acquired a lot of their stolen rights over the last short period of time in the frame work of efforts to empower women to play a greater role in decision-making,” the chief of AOHR further elaborated.

At the beginning of 2017, Sisi announced that this year will be the "Year of the Egyptian Woman". Such an important announcement indicates the value of Egyptian women in society as partners in building Egypt. Both the president and the government hope to make a major leap forward in the rights and lives of Egyptian women.

Throughout 2017, women gained more rights in several fields with the support of the government.

Since then, Parliament passed a new inheritance law that gives women their legitimate right to inheritance after numerous suppressed women – especially in Upper Egypt and some rural and urban areas – were deprived of it.

In a relevant context, throughout 2017, Parliament approved a draft bill pushing for tougher penalties on sexual harassment. The bill imposed an increase in fines ranging between LE 5,000-10,000 on those who are found guilty of sexual harassment in public or private areas, with harassment defined as gestures, words, any modern means of communication or any other action that carries sexual or pornographic hints.

Furthermore, in 2017, women in Egypt managed to accomplish further gains on the political and decision-making levels.

Currently, there are eight women ministers in the Egyptian government and more than 80 representatives in Parliament. Women are appointed in leading position in governorates and different sectors, which is considered a radical shift and huge progress.

Lately, on Egyptian Women Day, March 8, President Sisi announced seven decisions related to women empowerment, including adoption of laws that aim at protecting women’s rights, putting an end to demotic violence and tackling the issues of early marriage and deprivation of education and post-divorce rights.

Moreover, Sisi proposed establishing a fund to address the challenges faced by the Egyptian women after he reviewed with the health minister the possibility to screen and treat women nationwide for breast cancer.