Egypt supports development in Ethiopia, only negotiation its battle: Sisi 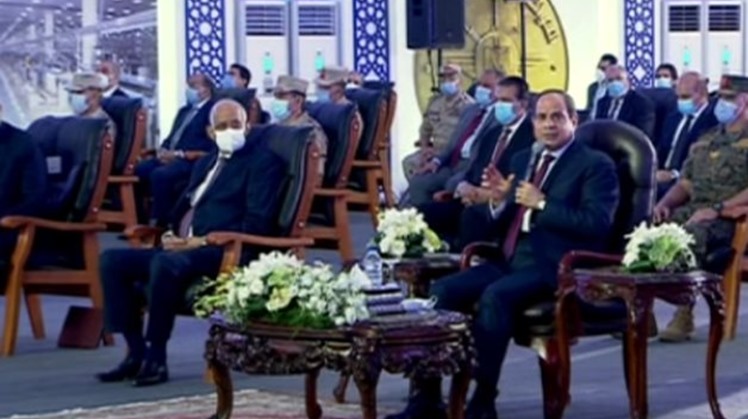 Wed, Jul. 29, 2020
CAIRO - 28 July 2020: The Egyptian media should not mention a military action as an option in the issue of the Renaissance Dam (GERD), President Abdel Fattah el-Sisi said Tuesday.

During the inaguration of Rubiki industrial zone, Sisi said he respects all opinions, but he emphasized that only “negotiation is our battle” regarding the Nile water, and that Egypt would not harm the country from which almost all of Egypt’s water supply originates.

The president highlighted that Egypt supports development in Ethiopia as a neighbor and an African nation, and would would provide assistance in development projects “with all the love there is,” given that a project like GERD will not harm Egypt.

The president assured Egyptians that they should not worry about GERD because their cause is “fair” in a worldwide viewpoint.

“No one can take away our right to water national security, or life,” he said, adding that the military is not the answer to all challenges, but unity is. He also noted that "nobody eats a lion's meal."

Sisi continued to say that Egypt already recycles the largest amount of water every year in comparison the the world’s countries and plans to recycle even more.

Further, Egypt will apply modern irrigation techniques that save water at a larger scale than there is, Sisi said, adding that investment in the water sector will amount to a LE trillion by 2037.

The government has recently decided to give loans to farmers who are willing to participate in the initiative and give up flood irrigation to drip irrigation.

On Sunday, Sudan, another downstream country, called for a decisive round of negotiations with Ethiopia and refraining from any more unilateral actions. Unilaterally, Ethiopia filled the lake behind GERD, claiming the amount of rainfall this season allowed it.

Ethiopian Foreign Minister Gedu Andargachew tweeted in Amhari language “it was previously the Nile River, now it is a lake. It will no longer flow back into the river. Ethiopia will use the lake to achieve all the developments it wants. In fact, the Nile is ours.”