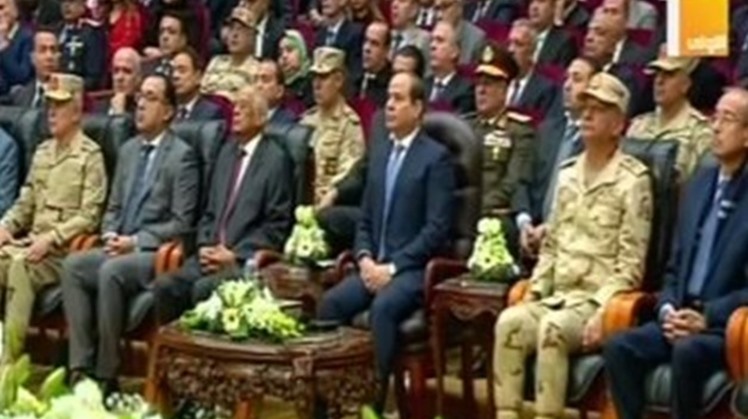 Wed, Dec. 25, 2019
CAIRO - 25 December 2019: Chairman of the National Contracting Company Karam Salem Mohammed said a factory for animal fodder has been established with a production capacity of 20 tons per hour, while the scientific center for veterinary researches and training is set up on an area of 13,000 square meters along a research farm on an area of 15 feddans.

He also said that the administrative area was built on an area of 30 feddans which comprises a main premises and an outlet for selling products, according to state news agency, MENA.

The animal production complex is secured with a fence extending for seven kilometers with monitoring cameras and guard towers, he said, adding that the complex has four gates and it has been provided with six electric generators.

General Karam also noted that a water treatment station was annexed to the complex to treat wastewater with a rate of around 200 cubic meters per day, noting that its treated water will be used in planting fruitless trees.

As per the scientific center for veterinary researches and training, Kamal said it includes 10 research labs, conference and lecture rooms along with a scientific and electronic library, he said.

The center will also be tasked with conducting researches for diagnosing all epidemic and cancerous animal diseases in addition to making researches on the production of high quality livestock.

As for the research farm, Kamal said it was set up on an area of 15 feddans including 24 agricultural research areas as well as six research green houses with the aim of conducting researches on imported seeds which contain high proteins with the aim of planting them locally, increasing the reproductive capacity of animals and producing local high quality fodder.