The Visualization of the Greco-Roman Museum after its restoration 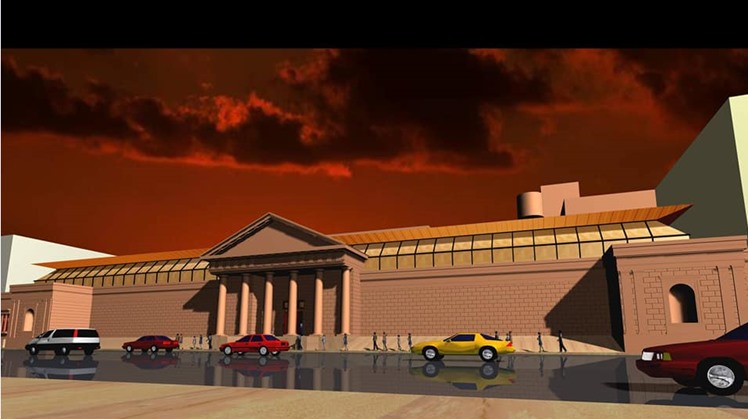 The Ministry of Antiquities is preparing to start the implementation of the screening scenario within the Greco-Roman Museum in December. The development of the museum, in cooperation with the Engineering Authority of the Armed Forces, began in February, after being closed for more than thirteen years. We publish a number of imagery that illustrates the shape of the museum after its restoration.

During the meeting held by the Ministry of Antiquities on August 7, 2019, with the High Committee of the Screening Scenario and representatives of the Engineering Authority, the specific timelines for the completion of the project of the Greco-Roman Museum in Alexandria, scheduled for completion in June 2020.

During the meeting held by the Minister of Antiquities, the High Committee of the Screening Scenario confirmed that it had finalized the scenario of the new museum display scenario and the distribution of selected antiquities, the latest of which was the recently announced mosaic in the area of ​​Kom El Dekka in Alexandria.


Brigadier Hesham Samir, Assistant Minister of Antiquities for Engineering Affairs, said that the development and restoration of the museum is carried out by the Engineering Authority of the Armed Forces in accordance with the cooperation protocol signed between the ministry and the authority in April 2017, to develop and restore 8 archaeological sites, including the Greek-Roman Museum and the Museum of Civilization and the Jewish Temple In Alexandria, the Palace of Muhammad Ali Bashbra, the Pyramids Plateau, the Palace of Alexan in Assiut, and the Baron Palace.The development and restoration of the museum began in February 2018 after the cessation of work that lasted nearly eight years.