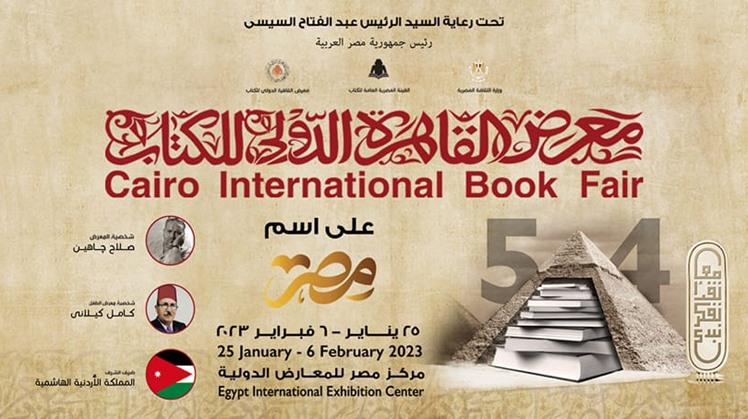 Mon, Jan. 16, 2023
The Jordanian ambassador in Cairo thanked President Abdel Fattah El-Sisi, President of the Republic, for his sponsorship of the Cairo International Book Fair 2023, in its 54th session, expressing his happiness at choosing the Hashemite Kingdom of Jordan as a guest of honor at the fair this year.

During the press conference held today to announce the details of the Cairo International Book Fair 2023, the Jordanian ambassador revealed that the Jordanian Ministry of Culture has prepared a program that includes 27 events, including 23 evenings, a seminar and 4 theatrical performances.

Al-Adaileh explained that 5 Jordanian publishers are participating in the Cairo International Book Fair this year, presenting about ten thousand titles, in addition to 250 titles representing the publications of the Jordanian Ministry of Culture.

It is noteworthy that the Egyptian General Book Authority set the price of the electronic ticket to enter the Cairo International Book Fair 2023 in its 54th session, which is scheduled to start on January 25, at the Egypt International Exhibition Center, in the Fifth Settlement, at a value of 5 pounds, and entry is from the VIP portal and all gates, believing in the direction of The Egyptian state towards digital transformation, support for cultural justice, and encouragement of the green initiative using environmentally friendly components. The exhibition receives its visitors daily from 10 am to 8 pm, except for Thursday and Friday from 10 am to 9 pm.