Ahmed Fouad Pasha: We need a scientific revolution to protect the Arabic language 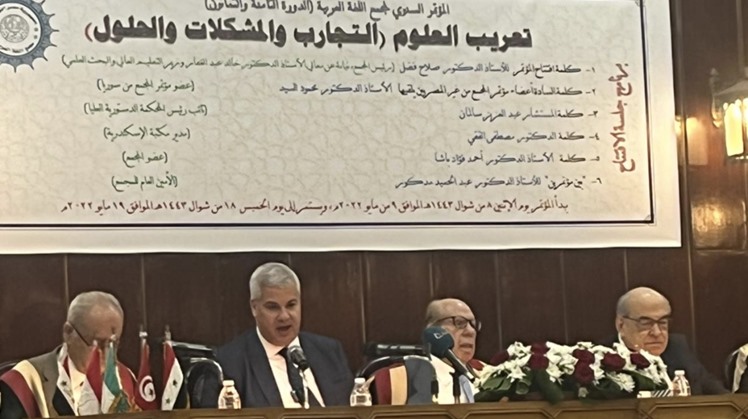 Tue, May. 10, 2022
The great thinker Dr. Ahmed Fouad Pasha, a member of the Arabic Language Academy, said that the Arabic scientific language did not receive sufficient attention even from Arab researchers, although Islamic civilization was the basis for many sciences and research studies, and it produced many scholars.

“Pasha” added during the annual conference of the Arabic Language Academy in Cairo, that language is a convention and reconciliation for everything that is found in people’s lives. Techniques. The Arabic scientific language was established during the second and third centuries AH, after studying other languages, and translation was one of the foundations of the research method.

Dr. Ahmed Fouad Pasha explained that the most important characteristic of the Arabic language is its universality, because it transcends, thanks to its specificity, its original source to many languages ​​in all countries of the world, which makes the people of that language protect and develop it in light of globalization, through a technical and scientific revolution, an encyclopedia.