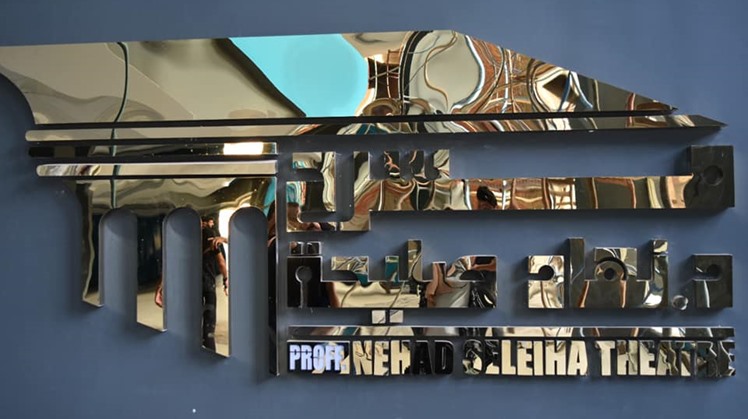 Tue, Dec. 28, 2021
The year 2021 witnessed the accession of 13 cultural centers at the level of the Republic, in various parts of Egypt, where a number of sites were developed, as well as the addition of other cultural centers and sites to the system of cultural sites affiliated with the Egyptian state, under the supervision of the Ministry of Culture.

The annual report of the Ministry of Culture on the activity of the year 2021 revealed that the ministry opened a number of new sites this year, including:

Last March, the Minister of Culture, Dr. Enas Abdel-Dayem, inaugurated the Egyptian General Book Authority outlet in Port Fouad. This outlet was established to be a permanent outlet for selling books in Port Fouad to fill the deficit in the book, and contribute to spreading awareness and providing cultural and scientific material at a reasonable and accessible price to the masses. The opening of the authority’s branch in Port Fouad comes within the activities of launching “Port Said, the Egyptian Capital of Culture,” which was held yesterday at the Port Said Cultural Center.

Last May, Prime Minister Mostafa Madbouly inaugurated the Ezbet El-Borg library, which was built on an area of ​​365 meters, and its building includes a basement for warehouses, a ground floor that includes two departments for reception and administration, a hall, and two upper floors. 6 other halls for adults on the second floor.

My house is abraq culture

The Culture Palace of Ibraq village was inaugurated in Shalateen city, affiliated with the Red Sea Culture Branch, at a cost of 7 million pounds. The Shalateen Culture Palace project aims to provide cultural service to the people of “Abraq” and the neighboring villages.. It includes an open theatre, a lecture hall, an information hall, a library, activities and crafts halls, a bookstore outlet, and administrative offices. It is characterized by an architectural printer inspired by the surrounding environment.

The Ras Hadraba Culture Palace was inaugurated in the city of Halayeb, affiliated with the Red Sea Culture Branch in the Southern Upper Egypt Cultural District, on an area of ​​750 square meters. Books, administrative rooms, the summer theater (Al-Rababa narration) with an area of ​​170 m 2, a stage with an area of ​​25 m 2, and the second floor includes a public library.

Last October, the Minister of Culture, Dr. Enas Abdel-Dayem, inaugurated the Nihad Saliha Theater at the Academy of Arts. The theater has an area of ​​1,500 square meters and consists of a stage opened by 20 meters, 14 meters deep, 6 meters high, and backstage 3 and a half meters long, with a capacity of 200 fixed seats, in addition to To the possibility of placing an additional 500 seats, due to its innovative and flexible design, and the abolition of the boundary between the two halls, the audience hall and the acting hall, which allows meeting the needs of artists in different forms and styles of theater, and helps the artist to change the shape of the theater and direct communication between the actor and the viewer. Theater turns into forms of non-traditional spaces and contributes to satisfying artistic and educational desires.

Dr. Enas Abdel Dayem, Minister of Culture, inaugurated, last November, the Tammy Al-Ameed Culture Palace, which is located on an area of ​​1,050 square meters, implemented by the National Projects Authority. , a security room, an Avous room, a large library of public books, and a theater with 104 chairs, and the residence of the Tammy Al-Ameed Culture Palace, previously, was an apartment.

Al-Salam Cultural District Library in the Service Complex in Aswan

The Minister of Culture, Dr. Enas Abdel-Dayem, inaugurated, this December, the Al-Salam Cultural District Library in the service complex in the urgent shelter area for the flood victims in the Al-Salam district in Wadi Al-Allaqi. Two libraries for adults and another for children, which includes a group of titles and various publications in various branches of knowledge.