A recent study reveals: the pharaohs formed work teams to carve inscriptions on the walls of temples 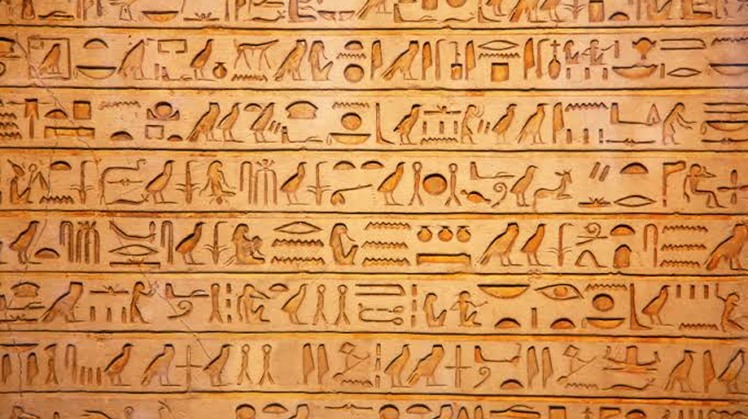 Thu, Nov. 18, 2021
Austrian archaeologist Anastasia Stopko Lubczynska from the University of Warsaw revealed in a recent study that carving works of art in the era of the pharaohs was done in an organized manner and as a result of team work, where the trainees were completing the uncomplicated parts such as the limbs and the trunk while the master craftsmen deal with the complex parts such as faces.

The Egyptologist from the University of Warsaw came to this conclusion after studying two 3,500-year-old inscriptions in the Temple of Hatshepsut in Deir el-Bahari, Egypt. In the pharaonic temple, it shows a procession of 100 people carrying gifts to the pharaoh.

The analysis of Hatshepsut’s inscriptions included in the study revealed new visions of the production process - such as how to divide work, and the study presents an alternative to the idea that the artists in ancient Egypt were not trained “on the job”, as it confirms that some parts in the carved works in ancient Egypt have been It was initiated by professors and involved by apprentices.

The study author said, "Soft limestone was a very promising material for the study as it preserves traces of various carving activities, from preparing the wall surface to the finishing touches of the master sculptor. That in this way it was possible to assimilate many intangible phenomena that usually leave no evidence in the archaeological record.

This included the ability to distinguish between parts of the engravings made by apprentices, or at least less skilled artists, and those crafted by masters of their craft, and just as in the Renaissance workshops in Europe in the fourteenth and seventeenth centuries, it seemed clear that less experienced artists were working on Less complicated parts while the professors dealt with intricate details like faces, as well as correcting the mistakes of those below them.