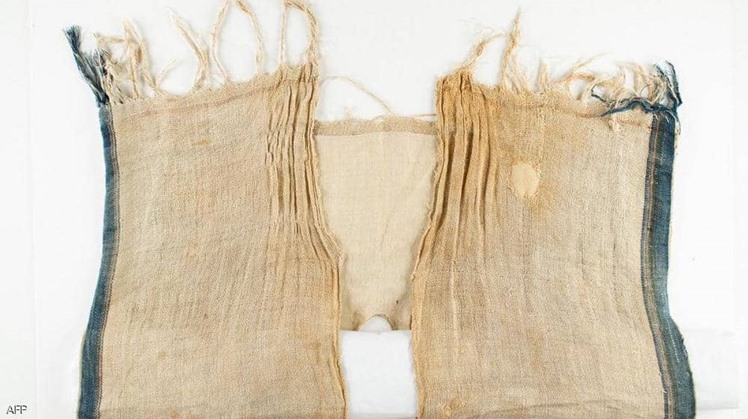 Tue, Sep. 14, 2021
A study, the results of which were published in the international journal Nature Plants, concluded that linen fabric from the time of ancient Egypt retained remarkable mechanical advantages over a period of 4 thousand years, calling for an increased use of these fibers in composite materials.

According to the scientific magazine, Sky News, the history of this beige funerary cloth dates back to a period between 2140 and 1976 BC, and it has been in the collections of the Louvre Museum in Paris since 1929.

A team of scientists from the Institut Dupuis de L'Homme, affiliated with the University of Southern Brittany, France, conducted a whole set of tests to compare the resistance of this fabric and the preservation of its structure with these same properties in modern linen fabric.

"We were surprised by the similar properties of the fibers after 4,000 years, and there could hardly be any difference in the mechanical performance," said Institute research engineer Alain Bormo.

Observing the fibers with the latest methods, from electron microscopy to X-ray tomography through nuclear magnetic resonance, confirmed the knowledge that the ancient Egyptians had. reproduce them even by the means available today,” according to the researcher.

But despite its great capacity, manufacturers still fear that this fabric will lose its advantages over the years, and analysis of the aging of these ancient fibers aims to draw lessons to develop more efficient materials, and flax fibers are currently used in a large number of composite materials for the automotive, navigation and aerospace sectors.

"In your car, you probably have flax fibers mixed with polymers in the trunk and doors, but also in parts added" to the vehicle, Bormo said.

The study of Egyptian funerary tissues also revealed weaknesses, which the team of researchers intend to explore further, with rupture tests in particular, and for this the team recovered small samples of other tissues, the oldest of which is 5,000 years old.