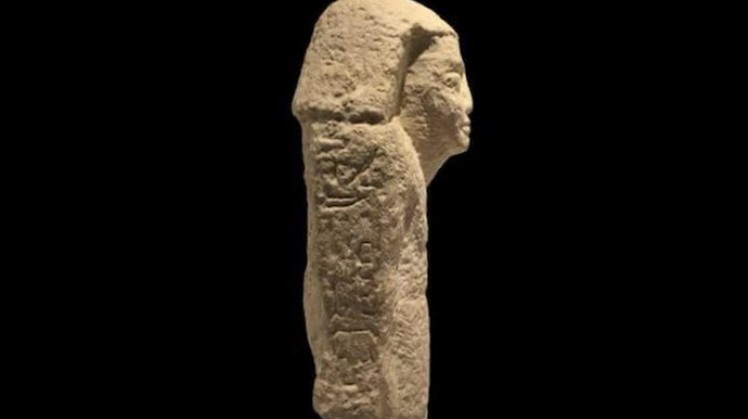 Tue, Jul. 27, 2021
Egypt’s Ministries of Tourism & Antiquities, and Foreign Affairs succeeded in recovering the legless statue of the priest "Ni Kao Ptah" dating back to the Old Kingdom.

It is also worth mentioning that the Embassy of Egypt in The Hague has exerted extensive efforts and kept a high level of coordination with the various exhibiting halls and the competent Dutch authorities to retrieve the Egyptian artifacts that were illegally smuggled out of the country.

General Supervisor of the Department of Recovered Antiquities Shaaban Abdel-Gawad explained that this statue was offered for sale at the annual European exhibition of fine arts, Tefaf, in Maastricht, the Netherlands. It was found that the statue was illegally smuggled out of Egypt.

Abdel Gawad stressed that the statue was not included in the holdings of museums or warehouses affiliated with the Supreme Council of Antiquities and that it was discovered through surreptitious excavation.

He added that the legless statue depicts the priest "Ni Kao Ptah" with his arms next to him, wearing a short kilt. The name of the priest is engraved on his right arm.

In this regard, the Ministries of Tourism and Antiquities and Foreign Affairs extended their sincere appreciation to the Dutch authorities for the efforts they exerted, and the distinguished cooperation they have shown with the Embassy of Egypt in The Hague.

The ministries underlined the necessity for permanent cooperation and coordination to combat illegal smuggling of antiquities and protecting human and cultural heritage.