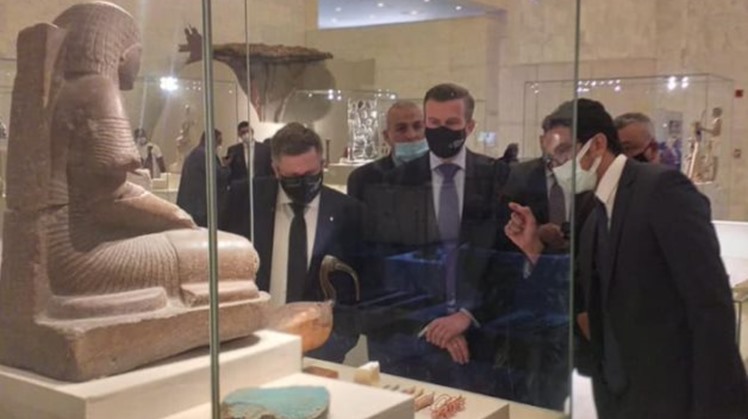 Wed, Jun. 9, 2021
The National Museum of Egyptian Civilization in Fustat received President of the World Anti-Doping Agency (WADA) Witold Bańka, on the sidelines of his official visit to Egypt.

Bańka was received by CEO of the Museum Authority Ahmed Ghoneim.

The tour included the Central Exhibition Hall and the Mummies Hall, where Bańka was introduced to the ancient Egyptian civilization through the pieces displayed in the museum.

Bańka was keen to take memorial photos in front of the promotional panels of the procession of the royal mummies, which the museum kept in commemoration of the exceptional celebration organized by Egypt to transfer these mummies from the Egyptian Museum in Tahrir to their permanent display at the National Museum of Egyptian Civilization in Fustat.


The head of the World Anti-Doping Agency Witold Bańka expressed his great happiness at what he saw inside the museum, which indicates the greatness of the Egyptian civilization.