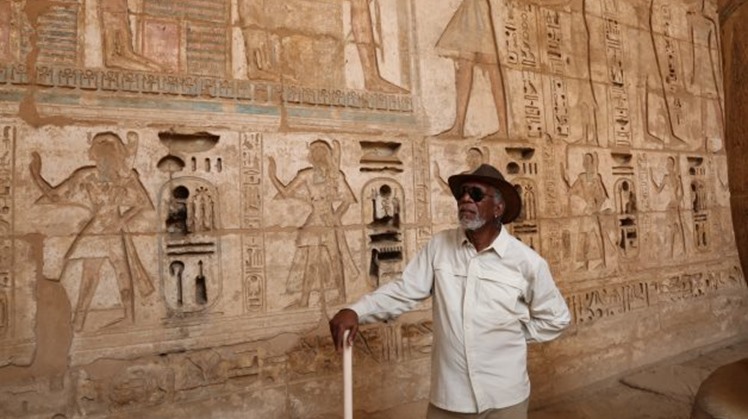 “Did you know the ancient Egyptians believed that a soul - or a Kah - was made up of many parts? On my global #StoryOfGod journey I wanted to know how the afterlife first became part of religion. So I went to Egypt with Egyptologist, Salima Ikram, to the place where the first great monuments to the afterlife still stand,” commented Freeman.


It is worth noting that the Pharaohs’ Golden Parade, held in Egypt’s capital on April 3, has attracted unprecedented attention to Egypt and its ancient civilization, that intriguing civilization that still has thousands of secrets to offer to the world.