The anniversary of the entry into the tomb of Tutankhamun .. Books about the secrets of the golden king and his possessions 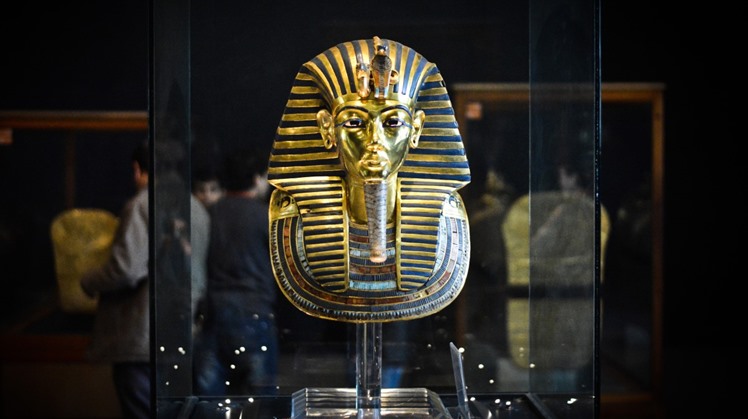 Wed, Feb. 17, 2021
Today passes the 98th anniversary of the first person entering the tomb of the golden king Tutankhamun, so on February 16, 1923, Howard Carter was the first person in more than 3000 years to set foot on the floor of the room containing Tutankhamun’s sarcophagus, where he was doing excavations at the entrance to the tunnel leading to The tomb of Ramses VI in the Valley of the Kings noticed a large crypt and continued careful excavation until he entered the room that includes the tomb of Tutankhamun.

The golden king is one of the most famous pharaohs for reasons that are not related to his achievements or the wars in which he won, as is the case with many pharaohs. But for other reasons that are historically important, and the most prominent of which is the discovery of his tomb and treasures completely without any damage. Many archaeologists and researchers have dealt with the biography of the young king, and the secrets of his tomb, which were found in full:

For the Egyptian archaeologist Dr. Zahi Hawass, the book talks about Tutankhamun, who became a king as he was just a child when he ascended the throne of earthly people and died before reaching the prime of his youth, and the book contains pictures and pieces that tell about the golden age, which is the period of the 17th national family, which in its era was The possessions of Egypt and its colonies are completely safe and under its control, and one of the important figures appeared on the events, which is Akhenaten, that dissident king who was considered by some to be a saint and his wife was the beautiful Nefertiti, while Tutankhamun may be one of his sons.

Secrets of the monuments Tutankhamun, pyramids and mummies

Dr. Hussein Abdel-Basir, and the book deals with a brief presentation of some archaeological discoveries, including the English archaeologist, Howard Carter, discovered the tomb of the golden pharaoh, Tutankhamun, and his tomb was found on November 4, 1922, and he is considered one of the most famous kings of Egypt due to the discovery His cemetery is complete, and he was one of the kings of the eighteenth dynasty during the era of the New Kingdom and took over the government. He was 9 years old after the death of King Akhenaten, and King Smenkh Kare, and he married Queen Ankh Asan Ba ​​Aten, and the book reveals the views of Scholars about the death of "King Tutankhamun", as well as the new presentation of the treasures of "Tutankhamun" in the Grand Egyptian Museum after they remained for many years in the Egyptian Museum in Tahrir. The book also deals with a topic on the external exhibition of some of the treasures of King Tutankhamun in Paris.

Through this book, you will learn the story of the most dangerous historical document, which is a papyrus discovered by the British Egyptologist Howard Carter, while discovering the tomb of Tutankhamun. The papyrus, which Carter concealed, talks about the history of the Jews in Egypt in that era. Had it been revealed at the time, it would have changed the face of history.

The history of Tutankhamun

A series of pages from the history of Pharaonic Egypt is concerned with the history of ancient Egypt in the ages after the Pharaonic period until the present. The encyclopedia includes research papers, studies and notes written by researchers and statesmen, Arabs and foreigners, at different times. The book, The History of Tutankhamun, talks about one of the strongest eras in the history of Pharaonic Egypt, when King Tutankhamun ruled it and his family took over the rule of Egypt. The book presents chapters from Tutankhamun’s rule, the policy of his rule and his behavior in the affairs of Egypt.