The discovery of the tomb of the Egyptian Queen Khentkaus III .. Is she Menkaure's daughter? 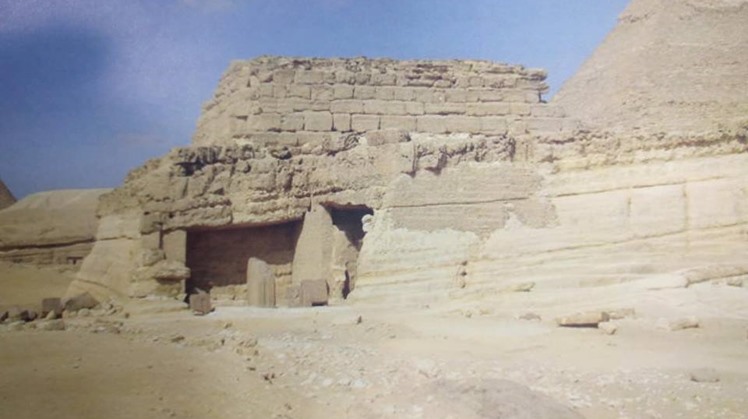 Wed, Jan. 6, 2021
On this day in the year 2005 AD, the Ministry of Tourism and Antiquities announced the discovery of an archaeological tomb recording the name of a new Pharaonic queen, which was not known to archaeologists before, called "Khentkaws the Third" and dates back to the era of the Fifth Dynasty of the Old Kingdom. It was uncovered during the excavations that it is conducting. The mission of the Czech Institute of Egyptian Antiquities, in cooperation with the Ministry, in the Abu Sir archaeological area, what is the Queen's story?

Dr. Mamdouh Damati says through his book "The Queens of Egypt": Queen "Khentkaos" is most probably the daughter of the King Menkaure, although until now there is still a disagreement about her origin and lineage, and it is likely that she was the princess and heir to the royal blood, and Mankawara had no son He was mentioned by his main wife upon his death, so he was succeeded by his son Shepskav, one of his concubines, and he married his sister Khentkaus to support his sitting on the throne, and God wishes that the rule of Shepskaff would also end without a male heir, so Khentkaus was singled out for the throne about two years (2479-2477 AD), and her rule was the same An obvious problem for specialists.

Dr. Mamdouh Al-Damati says: We have many evidences confirming that she ruled as an independent king, and others indicate that she was just the wife of a king and the mother of a king, especially since her name never appeared written in the royal cartouche, but archaeologists almost agree, that she has an important role in Peaceful transfer of power between the Fourth and Fifth Dynasties.

As for the most important role of the Queen Khentkaus, it was her preservation of the throne and the peaceful transfer of power between two families, and this led to the promotion of religious-political propaganda for the rise of the kings of the Fifth Dynasty who did not descend from a non-royal origin, but the first of them and Serkaf was a priest of Ra. Ra called "Rudd Jadet", which most wealthy people see as the same Queen Khentkaus, but this story was not written in writing until the end of the Twelfth Dynasty, about 700 years from the beginning of the Fifth Dynasty.

Khentkaus died and was buried in her luxurious tomb in Giza, which is located next to the ascending road to the pyramid of her father, King Menkaure, and was built on a natural outcrop of rock so that it looked like a compound of two buildings and was a royal pyramid with two degrees.