A statue of ancient Egypt that dates back to 1981 - 1975 BC, and the statue now is in the Metropolitan Museum. 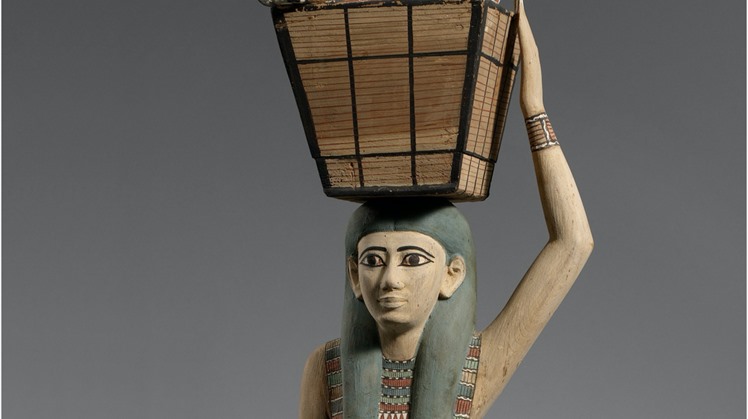 Sun, Oct. 18, 2020
Today, we see a statue dating back to ancient Egypt, depicting a woman walking forward with her left foot, carrying a basket filled with pieces of flesh over her head, and carrying in her right hand a live duck and holding it by its wings, the statue dates back to the period between 1981-1975 BC. M, and the statue is in the Metropolitan Museum.

This masterpiece of Egyptian woodcarving was discovered in a hidden room in a side corridor leading to the stone tomb of the Pharaonic commander Maktabra, who began his career under the rule of King Mthoteb II, ruler of the Eleventh Dynasty, and continued to serve the kings who followed him until the early years of the era Twelfth Dynasty.

The statue may be related to the funeral deities Isis and Nephthys, who were often depicted at the top and at the bottom of the coffin to protect the dead.