All you need to know about the 29 rams restoration project at Karnak? 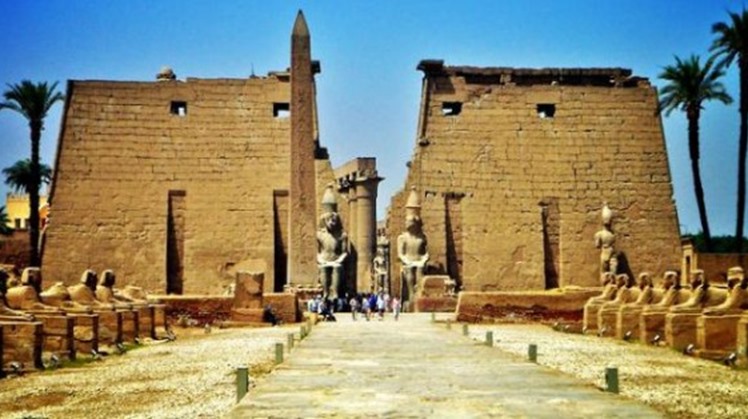 Wed, Sep. 16, 2020
Dr. Khaled Al-Anani, Minister of Tourism and Antiquities, accompanied by Dr. Mustafa Waziri, Secretary-General of the Supreme Council of Antiquities, inspected work on raising the efficiency and restoration of 29 rams, located in the first courtyard, at the Karnak Temple as part of a huge project carried out by the Ministry of Antiquities, in which 4 huge statues of rams were transferred from the temple To Tahrir Square in the capital, to be decorated in the coming period .. During the following lines, we explain some information about the Ram restoration project.

Q / Where are these rams located in the Temple of Karnak?
The statues consist of 29 statues of rams, located inside the temple behind the first pylon, and they were in a poor state of preservation due to the wrong restoration work that was carried out on them in the early seventies when the sound and light project was established in the temples of Karnak.

Q / How was the restoration of rams carried out?
These rams were restored and raised on a layer of modern rubble covered with cement mortar, red bricks and small pieces of stones, which negatively affected them, and allowed groundwater to seep in between its lower part, reaching the base of the ram, which led to the transformation of some parts of it into a sandy powder. , Indicating that the restoration project is placing these statues on the couches of the highest adjacent stone bases separately, and that the floor of these bases will also be treated and protected from groundwater and returned to their original place.

Q / What is the description of restored rams?
Each ram weighs about 5 tons and a half and represents the god Amun Ra and its symbol, the ram in ancient Egypt, and it was the symbol of strength and fertility for the ancient Egyptians, where the idea of ​​restoration depends on two axes, the first of which is to move the rams from their place and dig a trench approximately 2 meters wide and one and a half meters deep, and fill the floor of this The moat has modern gravel and sand.

Q / Are there studies about restored rams?
The second axis of the restoration is the study of the inscriptions, writings and scenes on the bases of these rams, which is the first time in the history of archaeological studies and research. These rare inscriptions are highlighted and studied, and this huge project is scheduled to be completed around mid-2021 AD.