National archaeological projects will change the tourist map in Egypt ... Learn about them 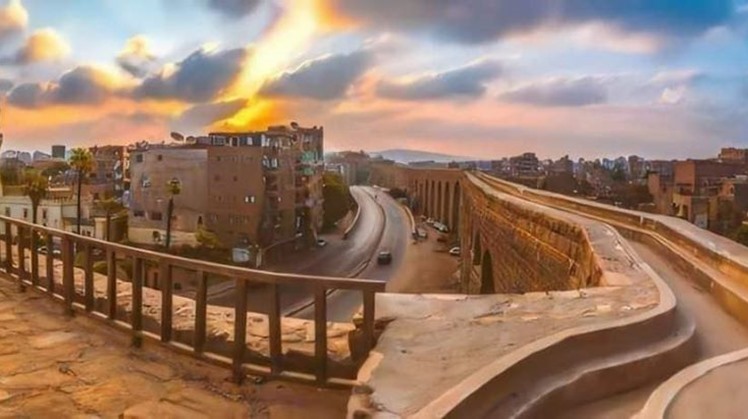 Sun, Sep. 13, 2020
The Ministry of Tourism and Antiquities, and Minister Dr. Khaled Al-Anani, are working to complete the national archaeological projects, which will change the tourism map in Egypt, to attract a large number of tourists to visit archaeological sites and museums, with great interest from the Egyptian government, and to provide the necessary support to complete these projects. The face, which aims to develop regions, facilitate the movement of tourists, provide the necessary services without effort, and raise the level of tourism globally. Among the most prominent of these projects is what we review in the following report ..

The pyramid plateau development project, one of the national projects adopted by the state, which is carried out by purely Egyptian hands, which will transform the pyramid antiquities area into a global tourist attraction aimed at attracting tourism.

The project aims to coordinate and organize on all cars, vehicles, buses, and building elements for tourism, administrative and entertainment service activities, and to provide informative and informational signs and reliance on pedestrian movement by providing and designing appropriate pedestrian paths while allowing only construction and activity that does not negatively affect the historical image and vision.

There will also be one visitor center as a transitional area, and access to the visitor center from the new entrance from Cairo-Fayoum road on an area of ​​about 4000 square meters, and the building consists of the entrance area that contains the entrance hall, ticket outlets, a movie theater, a museum exhibition hall, a library, as well as building management and services. Visitors.

The visitors' building also contains an area of ​​500 square meters designated for use in ministries, cafeterias and activities to collect revenues to increase the income of antiquities and increase national income.

There is also a walking and horseback riding area and a market area dedicated to the scheme in the external third zone of the area at a safe distance away from the archaeological area and its immediate area and separated by the security fence. Horse and camel riding, as well as marketing and selling souvenirs.

There is also a sound and light area, and the plan relies on moving the open theater for sound and light shows and its services to the borders of the external range at the walls of the current area, thus enabling the removal of all facilities from the direct sanctuary of the Sphinx and the archaeological excavation area.

The plan adopts the development of an external ring path for the movement of authorized motor vehicles in the region, to communicate, connect and service three administrative sectors, and the basics defined by the project program and included in the plan within the political vision for the transfer of all service and administrative buildings and facilities circulating outside the archaeological area and its direct scope and the provision of alternative sites within the external scope of the region.

The Grand Egyptian Museum, which is the largest museum in the world, because it will contain a large number of artifacts exceeding 50 thousand pieces, in addition to the presentation of the collection of Pharaonic King Tutankhamun for the first time in full to visitors, where the golden king's holdings that exceed the 5,000 artifacts on an area of ​​7,000 square meters, for the first time to the public.

Not only that, but the museum witnesses the first hanging obelisk, which is the obelisk of Ramses II, and the museum also includes the great staircase, which you find upon entering the museum and after King Ramses II meets you in his majesty at the entrance to the museum, not just stairs that take you to the halls of displaying artifacts, but this place It was designed to tell you as you ascend the halls, the history of ancient Egyptian civilization through carefully selected 87 large-scale artifacts.

The second Khufu boat was to be displayed only in the Grand Museum, but it was also decided to transfer the first Khufu boat to display in a hall dedicated to them, and that idea was for Major General Atef Moftah, the General Supervisor of the Grand Museum and the surrounding area, as the reasons that made him think about moving the Khufu boat The first from its current location to the Grand Museum, which is that the building in which the boat is currently displayed, which was built more than a quarter of a century ago, helped significantly to eliminate the southern rib of the most important impact in the world, which is the Great Pyramid, which clearly worked on visual distortion For the archaeological area, as well as the presence of the boat in a building that lacks a distinct style of presentation and is ineligible to receive people with special needs.

The wall of Magra El Oyoun

The Ministry of Tourism and Antiquities continued the work of continuously restoring the wall and the area to complete it according to the scheduled timetable, set in 2021, within the framework of the ministry's project to restore the historical wall and the surrounding area, and for this we publish a set of new photos of the site, which has turned into an important tourist attraction and will soon become The most important tourist and entertainment places in Cairo.

The project aims to develop the wall of the stream of El-Ayoun to revive this historical region and re-highlight its cultural splendor, with its cultural value, as a new addition to the map of archaeological and tourist destinations in Egypt, and the project is part of a comprehensive vision of restoring Cairo as a city of heritage and arts, and a center of civilization and cultural radiation. It is a major tourist destination in the regional and global circles.

The idea of ​​development is based on creating a linkage axis from north to south linking the geographical space of Historic Cairo with its historical metropolises by supporting the merging of several commercial, crafts, tourism and cultural activities along this axis, to confirm the historical continuity of Historic Cairo, and allows for the first time to enjoy more than 313 monuments recorded in the scope of Historic Cairo, in addition to working to strengthen the link between the site and the historic areas surrounding it through clean, diversified and integrated public transport systems that allow for more sustainable transportation, such as panoramic electric buses, pedestrian and bicycle traffic, and reducing pilgrimage.