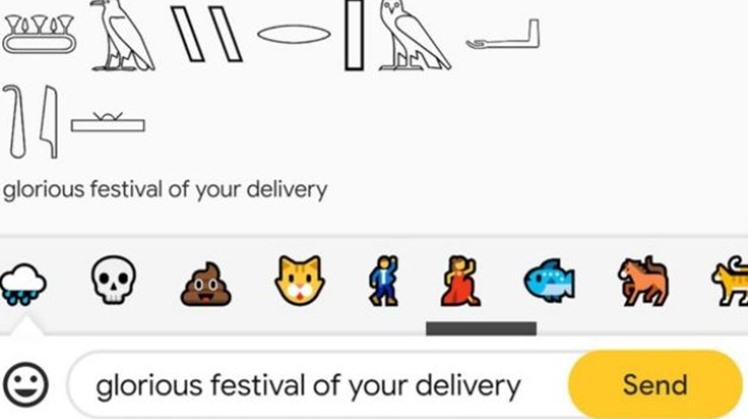 The multinational technology company has announced the birth of their machine learning tool which will pave the way for experts to decrypt their studies faster with one click of the download button.

The new translator, officially called "Fabricius", is also available for anyone interested in learning more about Egyptian hieroglyphs in a fun and interactive way.

One can write messages and get instant hieroglyphs that can be shared on social media platforms. Users can also draw their own hieroglyphs and see if Google's machine learning technology can identify them for the closest hieroglyphs from their more than the 800-image database.

Director of the Google Arts and Culture Program Chance Coughenour proudly revealed that the launch of Fabricius was determined on the day the Rosetta Stone was discovered 4,000 years ago. The Rosetta Stone is the key that opened the mysterious writing system that Egyptians first used.

She explained that Fabricius can be accessed and enjoyed through three portals that allow users to discover hieroglyphic secrets through three options, learn, play and work, as it does not only present translation features, it also provides the user with opportunities for academic research.

Google says the new learning tool aims to shed more light on Egyptian heritage and emphasize the importance of preserving the ancient language. They stressed that to understand hieroglyphs, one has to apply the same logic they use to understand emojis.

Experts who brought this digital instrument to life had to dig through mountains of books to decipher the language the same way it was deciphered more than a century ago. A team of data researchers and scientists could successfully process and record all this information.

Thanks to AutoML technology from Google Cloud and AutoML Vision, developers were given the technical edge that sets up a machine to recognize such large set of images.

Although the translation option, Play, is not academically accurate, it provides an approximate translation of messages that can be used for fun and allows the sharing on mobile applications and social media.

The Work feature is designed for academics and researchers to help them translate. It runs on the desktop only and requires a deeper knowledge and understanding of the proper hieroglyphic translation.