An American museum is preparing to display "the treasures of ancient Egypt ... sunken cities" .. learn the details 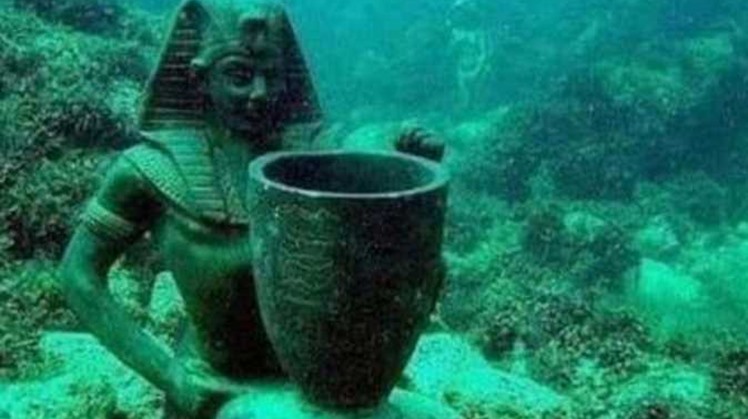 Sun, Jun. 28, 2020
The Virginia Museum of Fine Arts, America, announced that the exhibition "Treasures of Ancient Egypt .. Submerged Cities" will be held on July 4, and the exhibition includes nearly 300 pieces, most of which are underwater excavations in the ancient Egyptian cities of Canopus and Tunis Heraklion. The sunken cities are considered an opportunity For visitors to see valuable Egyptian works dating back to the Ptolemaic period, which is one of the richest, most influential and influential periods in the ancient Mediterranean region.

The exhibition highlights ancient artifacts recovered from Abu Qir Bay off the coast of Egypt by a team of underwater archaeologists led by Judio, in addition to about 250 works, 40 additional works from museums in Egypt help to tell the story of Ptolemaic Egypt and one of the most important Its denominations, the annual celebration of the secrets of Osiris.

The organizers of the exhibition explained that he explores the wonderful history of two missing cities in ancient Egypt, this is the last time that this pioneering exhibition will be displayed in North America, and we hope to attract a wide range of visitors, adding that the exhibition works to enhance cultural diversity and community vitality is a goal Important to us and we are proud to help bring these rare pieces of art to our community, according to rvahu

They added, "When people come to this exhibition, they will see amazing artworks that reveal the diversity of the ancient world and the ways in which the civilizations of Egypt, Greece and Rome interacted and influenced each other more than 2000 years ago."

Highlights of the exhibition include a statue about 18 feet long of 5.6 tons for the god Hapi, the largest stone statue of a god recovered from ancient Egypt, beautiful statues of other deities and rulers of that civilization, as well as wonderful things used to celebrate the annual secrets of Osiris.