Ministry of Antiquities is looking for 3 archaeological ports in the Jabal Al-Silsilah area of Aswan. 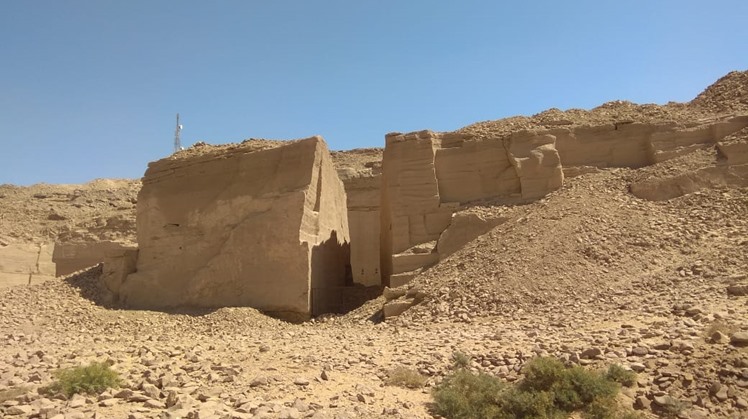 Sun, Feb. 16, 2020
The archaeological mission operating in Jabal Al-Silsilah, which is affiliated to the inspection of the effects of Kom Ombo in Aswan, succeeded in uncovering the main port that was used to transport stones from the quarry of Jabal al-Silsilah via the Nile River to build temples and obelisks, in the month of March of 2019, and our role and followers we contacted with Abdel Moneim Said, General manager of the effects of Aswan and Nubia, to know the latest developments of the discovered site.

The Director General of Aswan and Nubia Antiquities said that the site was completely cleaned by the Ministry of Tourism and Antiquities, and the importance of the discovered effect was clarified through several lectures, the last of which was at the Institute of African Studies, and the Egyptian mission continues its work continuously excavations, to search for the rest of the ports as it is The area is set to have 4 ports in Gel El-Silsila.

And Abdel Moneim Said indicated that the inscriptions were transferred to conduct studies and research on them, within the framework of scientific publishing, which helps to know the details of the main port that was used to transport the stones from the area of ​​the quarries of Mount Silsila.

The port is located on the eastern bank of the River Nile with an extension of about 100 meters and away from the large quarry in the region No. 34 about 200 meters. Also, this port was covered with rubble and silt of the Nile and weeds. .

The mountain quarry area is one of the largest and most important quarries used to cut sandstone in Egypt and perhaps the world; it began to be used widely since the beginnings of the family age 18 and continued to use until modern times, and most of the temples were cut stones from those quarries such as Karnak temples, Luxor, Happo, Kom Ombo Temple, Edfu, Esna, and Dandara.