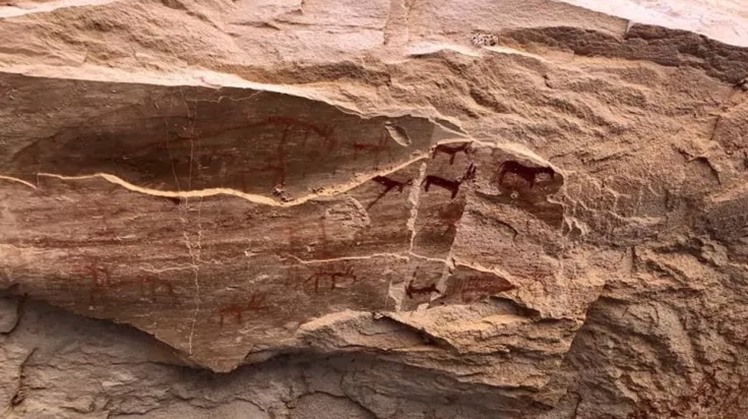 Mon, Jan. 27, 2020
chance encounter has led to the discovery of a small sandstone cave in the middle of the Sinai in Egypt. The cave is colorfully decorated with paintings of people and donkeys, some of which date back to 10,000 BCE.

Egypt's Ministry of Tourism and Antiquities say they have now finished documenting all the inscriptions, announcing the news via Facebook. According to the ministry, the cave was discovered by chance approximately 30 kilometers (19 miles) north from the city St. Catherine and 60 kilometers southeast from the Hathor temple Sarabit el-Khadem following the advice of a "desert adventurer."


Some of the oldest depict animals resembling donkeys or mules and are thought to belong to a period sometime between 5,500 and 10,000 BCE, the ministry says. In another section of the cave, the ministry reports scenes of women and animals thought to date back to the Chalcolithic Period (or Copper Age) circa 5th-4th millenium BCE.

"Egypt is rich in rock art and rock inscription sites, ranging in date from Paleolithic material in the Kom Ombo and Aswan regions, to much more recent medieval Coptic and Arabic inscriptions," John Darnell, a Professor of Near Eastern Languages and Civilizations at Yale University, told Newsweek.

"Obviously comments on the basis of a few images and an initial report are risky. What one can say is that the ancient Egyptians were inveterate graffiti artists, and they could not help but inscribe the landscape, especially on roads and at sites of activity in the deserts."

According to Darnell, red painted imagery is not as commonly found as incised images and text. While a painting seeming to illustrate a camel suggests that at least some of the graffiti is no older than the first millennium BCE, and could be later.

"The hands from the Sinai site appear to be of a different style, and possibly later in date than those other very early examples from the Western Desert," Darnell said.

According to the statement from the ministry, this is the first cave of its kind to be discovered in the southern Sinai, a desert that spans the area between the Suez Canal and Israeli border. The region was an important asset for ancient Egyptians due to its mineral wealth, said Darnell.

In addition to all the ancient artwork, the ministry report other signs of past inhabitation. The presence of animal excrement (present "in large quantities," according to the ministry) suggests it was once used by Bedouins, desert nomads in the Middle East, and their livestock as shelter from storms and the cold.

"Egypt has a long history of rock art and inscriptions, and reveals a complex tradition of human interactions with the landscape," said Darnell. "The newly identified site may well augment our understanding of human activities in south Sinai over time."

The documentation of the paintings appears to be part of an ongoing effort to document this part of the country. 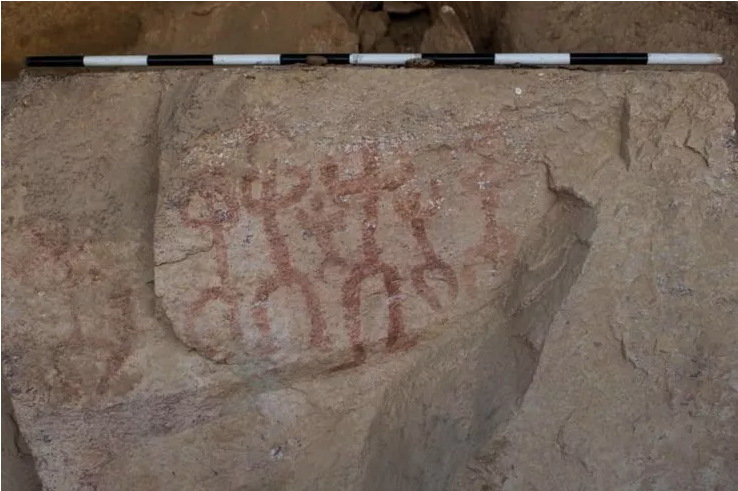 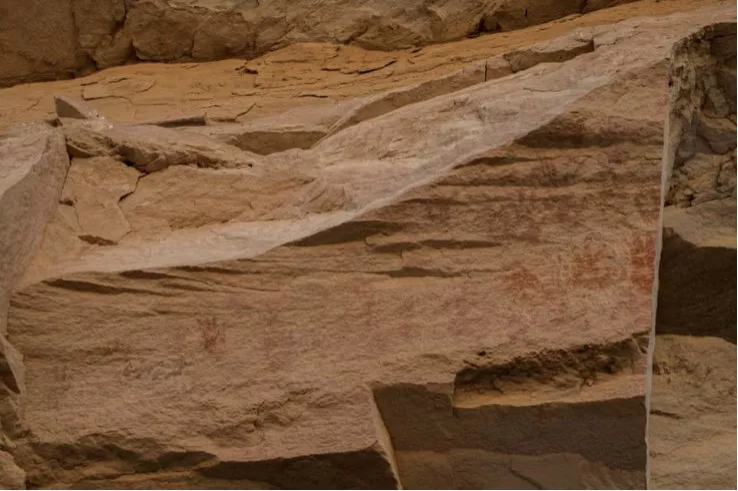 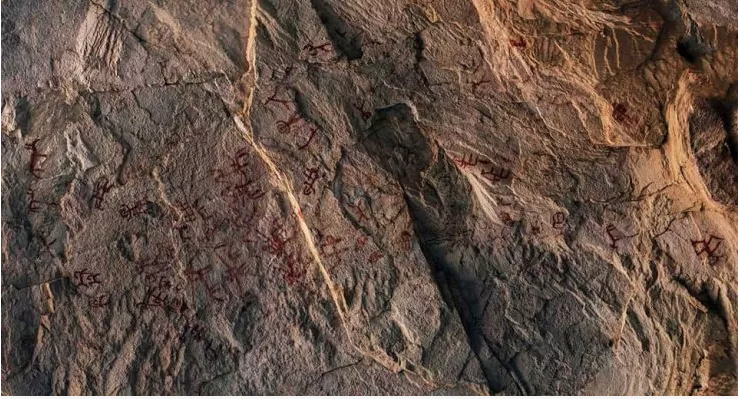 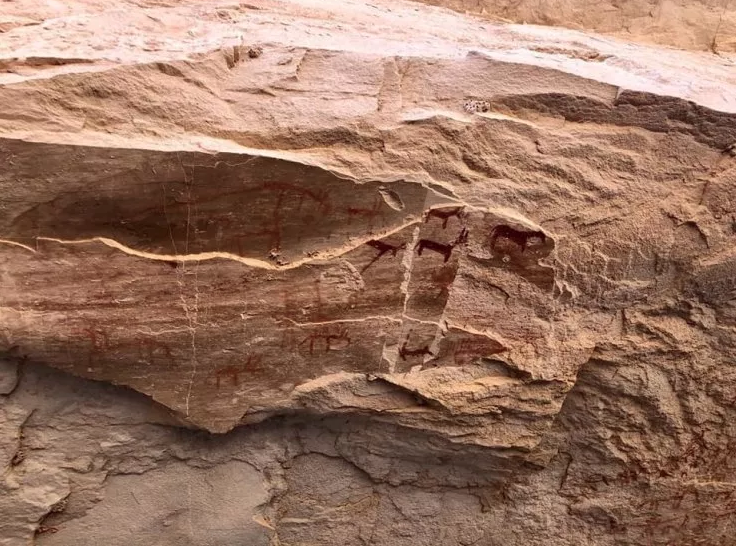