Suez Canal Authority records revenues worth $5.61B in 2020 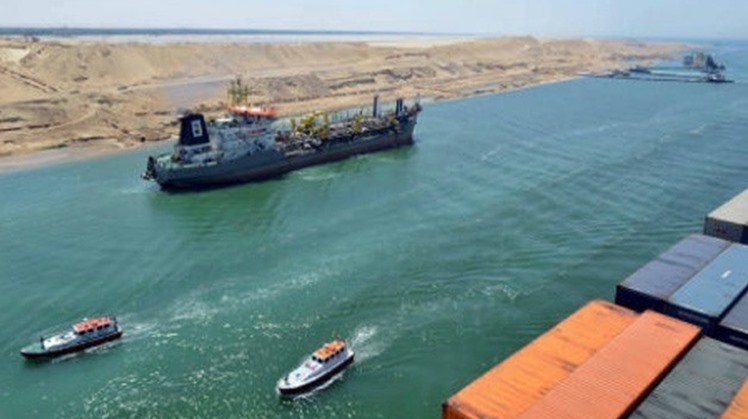 
It is noted that the highest revenues were achieved in 2019 when 18,880 ships crossed carrying a total of 1.21 billion tons. The figures of 2020 are less by just 51,000 ships carrying a total of 38.1 million tons in spite of the decline in international trade by 10 percent and world economy by 4.4. percent. That is in addition to the collapse of oil prices worldwide.


Rabie underlines that the authority has shown more resilience compared to the drop of oil prices in 2016 when revenues declined to $5 billion and the European debt crisis in 2009 when revenues fell to $4.29 billion.


The authority fixed the fees for all types of ships, and announced discounts and incentives approved for 2021.


The chairman stated that the marketing plans set by the authority succeeded in attracting shipping lines that were not using the Suez Canal. The share of those in 2020 was 4,087 ships paying fees worth $930 million composing 16.6 percent of all revenues.


Four crossings have been the first of their kind for the Suez Canal in 2020. The authority carried out remote guidance for Italian ship Costa Diadema as the crew was infected with COVID-19. A ship carrying 12 massive HDPE pipes passed as well as the huge container ship MILAN MAERSK having a drought of 17.4 meters. Finally, the world's largest LNG-powered container ship CMA CGM JACQUES SAADE crossed the canal.