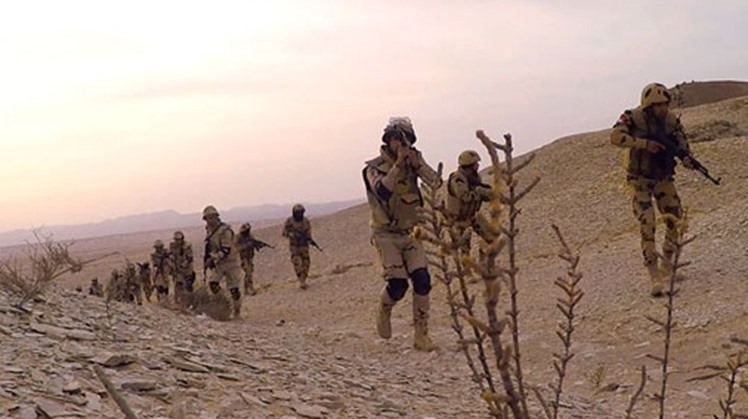 
Egyptian Air Force also managed to kill 25 Takfiris, while destroying 437 terrorist hideouts on the northeastern direction during the period from September 1, 2020 to December 8, according to the statement.


The Armed Forces announced that the Air Force succeeded in launching a preemptive air strike focused on the western strategic way, where it destroyed 21 four-wheel drive vehicles laden with weapons and ammunition during the same period of the crackdown.


The statement also announced arresting 1,448 individuals over attempted illegal immigration in the western strategic direction of the area.

Video on the operation published on the official Facebook of the Armed Forces Spokesperson: