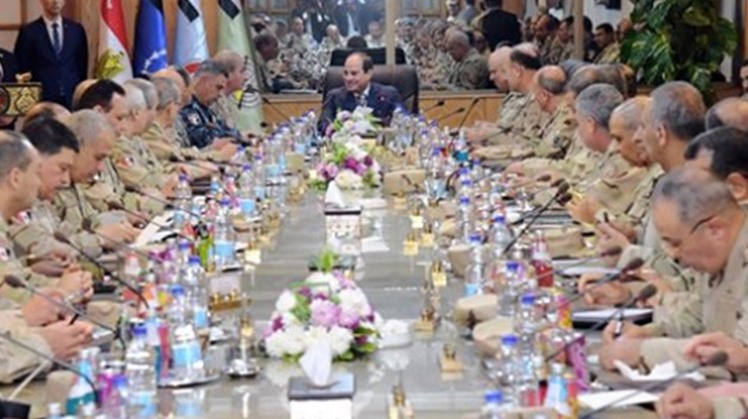 This came during his presidency of a meeting with the leaders of the Armed Forces on Wednesday at the headquarters of the General Secretariat of the Ministry of Defense.

The president praised the efforts of the Armed Forces and police to achieve security and stability and thwart terrorist operations in Egypt, commending their sacrifices for Egypt'ssecurity and safety.

Sisi stressed the necessity of achieving the utmost preparedness to protect Egypt's national security in light of the current challenges in region.

Egypt's Sisi: it was a pleasure to honor families of martyrs, injured of Armed Forces Tue, Mar. 9, 2021